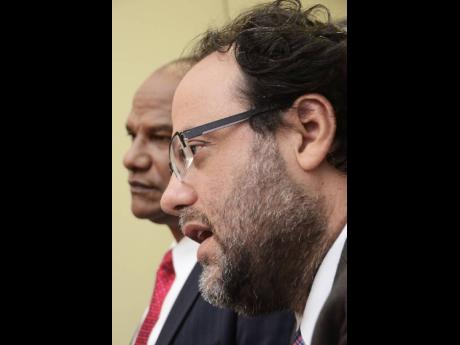 A BILL which is aimed at safeguarding clients from misdeeds of attorneys-at-law was tabled in the Senate on Friday.

"The bill seeks to enhance the General Legal Council's (GLC) regulatory powers over the profession, to enhance the quality of service provided by attorneys-at-law and their conduct and to protect members of the public in dealing with attorneys-at-law," said Mark Golding, the minister of justice, in opening the debate on the bill.

Among the clause proposed in the bill, titled an Act to amend the Legal Profession Act, is that the GLC be able to apply to the court for an order to protect the property of a client which is in the possession of an attorney who has been found guilty of crimes involving improper conduct or dishonesty.

The bill also proposes that the GLC takes similar action to protect the client if it is found that the lawyer is of unsound mind, or his client's accounts are not being properly administered.

It is also proposed in the bill that pursuant to a warrant issued by the court, the GLC be able to take possession of any records or documents in the control of an attorney during the course of his practice.

"These are provisions which have proven themselves to be necessary over the years as the profession expand and the society expand," Golding said.

He added: "There are great many more attorneys now than there have been in the past and sometimes there are difficulties and the general legal council has felt it necessary to have powers to dealing with its programmes."

The debate on the bill has been suspended until a later date.