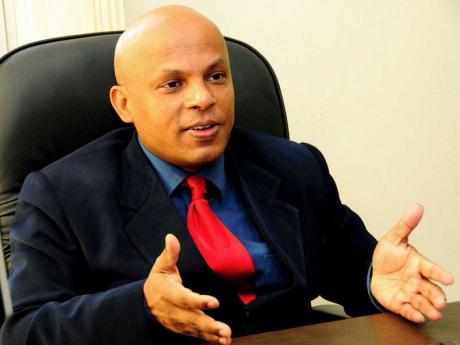 Jamaica's chief pathologist, Dr Dinesh Rao, who leaves the island at the end of this month after the completion of his three-year contract, is hoping that there will be a continuance of the system he has put in place.

"We have seen the success, people have widely accepted it and it has benefited the citizens of the country," he told The Gleaner.

The acting director of the Legal Medicine Unit (LMU) in the Ministry of National Security said when he came to Jamaica in 2009, he was surprised at what he found.

"When I applied for the job here, I was thinking that since Jamaica was nearby a country like America, the standards would be very high," he stated.

Instead, what he encountered was a huge backlog of outstanding post-mortems, a way-below-standard system, ill-equipped department, improper and prolonged securing of evidence, which compromised the chain of evidence, among other inefficiencies.

"I was in shock to know that several basic things, which did not require any money, were not in place. I could not figure out how anything got done. All that was needed was organisation, a system of accountability, proper policies, basic tools, discipline, defining job descriptions, training and making some tough, unpopular decisions," he said.

"I was also deeply disturbed by the length of time someone had to wait to get the body of their loved one."

He added, "I also realise they didn't understand the evidential value of a proper procedure in conducting a post-mortem. Getting the evidence fresh is so important to solving a case."

Getting a free rein and major support from the relevant authorities, he implemented a number of strategies and policies.

To reduce the backlog, he increased the number of days to perform autopsies. By Mach 2010, all government contract morgues were up to a full workweek.

"I was surprised to see that despite the fact that they were being paid for the whole month, the morgues contracted by the Government to carry out autopsies were only working one or two days per week. I was puzzled that despite all this backlog, why was this," he said.

Autopsies were also now being done promptly at 8:30 a.m. daily, with a set 2:30 p.m. time for the family to collect the body.

There were also some basic tools lacking, like evidence bags and autopsy saws.

"We didn't have evidence bags, bullets were wrapped in tissue. I was convinced that the Government wasn't aware of what was needed because when I asked, they gave me," he said.

A formal contracting of funeral homes was also implemented, as well as the introduction of post-mortem requisition and body receipt forms. There was also an increase in the number autopsy centres and training of morgue attendants.

In addition, Rao managed to increase the jurisdiction of the LMU which, in the past, was only Kingston, St Andrew and St Catherine. Now, the department is at 80 per cent in having islandwide jurisdiction of all post-mortems.

The system was so improved that by 2011, working with an additional three pathologists, who were also on contract from a foreign country, the department was conducting daily simultaneous autopsies at more than one location.

"This led to post-mortems being done within 24 hours, maximum 48 hours," he said.

Police officers were now being held accountable and mandated to make prompt reports to the LMU whenever there was a death.

Despite the vast improvement in the system, Rao said it was only at 25 per cent of acceptability.

"To greatly move it to that 100 per cent, Jamaica needs more pathologists and home-grown, a greater accountability in the chain of custody and the country having its own morgues. The bodies should be in our custody instead of private funeral homes. This needs to be a top priority for the Government," said Rao, who has been in the field for more than 16 years.

"What always drives me is how to help that poor man get closure as quickly as possible and I am satisfied at the day of my departure I can say I was able to help put a system in place that will move the country in the right direction," he stated, adding that he would be available for consultation.

"I would like to thank Jamaica for accepting me and giving me an opportunity to serve the nation."