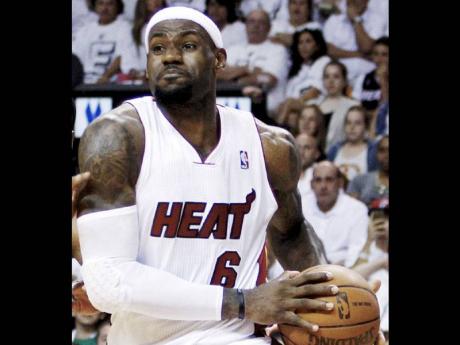 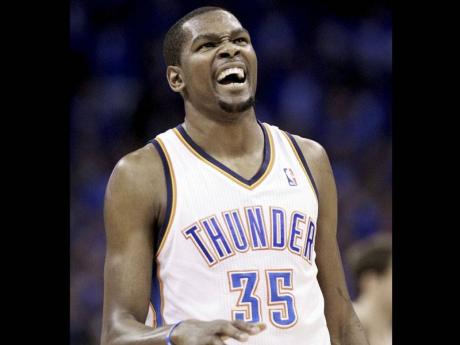 After surviving those old Celtics, LeBron James and the Heat get the Thunder's young guns in the NBA finals.

Kevin Durant, Russell Westbrook and the rest of the Western Conference champions will host Game 1 tomorrow night when the NBA's championship series goes to Oklahoma City for the first time.

The Thunder finally got their opponent Saturday night when the Heat finished off the Celtics with a 101-88 victory in Game 7, sending Miami to their second straight finals berth and giving James a third attempt at his first ring.

James had 31 points and 12 rebounds to set up a marquee matchup with Durant, the NBA's scoring champion whom he beat out for the league's MVP award.

"I'm looking forward to going against him," James said.

James, Dwyane Wade and Chris Bosh fell short in their first season together, losing in six games to Dallas last year. The Heat earned another chance by winning the final two games against the Celtics, whose older legs might have run out of steam after Boston led the decisive game by seven at half-time.

Energy won't be a problem for the Thunder, whose core of 23-year-old Durant, the league's three-time scoring champion, Westbrook (23) and James Harden (22) was born when the Celtics' Big Three of Kevin Garnett, Ray Allen and Paul Pierce were around middle school age.

The Thunder, who moved to Oklahoma City in 2008, roll into their franchise's first finals appearance since the Seattle SuperSonics lost to Chicago in 1996. They surged past San Antonio by winning the final four games after dropping the first two.

After eliminating defending champion Dallas and the Lakers in the first two rounds, the Thunder look to knock out another heavyweight in the Heat, the 2006 NBA champions.

Despite their youth, the Thunder have some finals experience. Starting centre Kendrick Perkins played in two finals with the Celtics against the Lakers, both times against teammate Derek Fisher.

The teams split a pair of meetings during the regular season, each winning at home.