Same old 'politics of the poor' 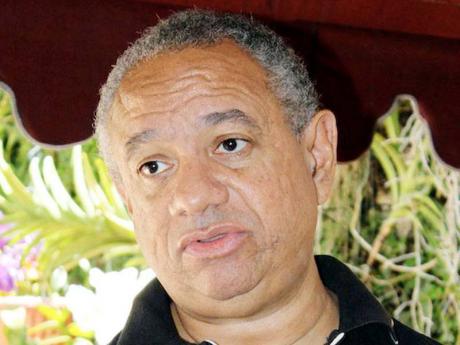 Why so pessimistic? Well, we've seen what to expect from this recycled PNP Government which contemptuously seeks a "new covenant" from an electorate it shamelessly deceived to win an election. But, we still have the JLP, right? With its new, young leader who'll ensure political renewal and eschew old-style politics. Right? Don't hold your breath.

Young Andrew, in his maiden Budget speech as JLP leader:

"We have resisted calling for mass protests and demonstrations, unlike you, Madam Prime Minister. When you were leader of the Opposition, you put that on the table in the middle of a recession. We have resisted such loose talk ... . We have taken a conscious decision that we're not going to play upon and opportunistically exploit the fears of the poor and vulnerable."

Finally, we've a responsible Opposition which won't just "oppose, oppose, oppose". After 50 years, maybe this is the Opposition that stops playing cheap politics with non-contentious inevitabilities like abolishing the monarchy; establishing republican government; eliminating Privy Council appeals; and (at least temporarily) using the CCJ instead. Right?

my love has come along.

My lonely days are over

Wait for it. In the same speech:

"Here's a glorious opportunity to ... end what I call the politics of the poor ... . Playing on the fears of the poor for political gain must end. This kind of politics has kept us poor and distracted from real issues of economic growth and development ... . We have gone the route of socialism and better must come. Better never came. We went the route of black man time. I'm a young black man. Nothing's changed. Then we went the route of Portia for the poor, nothing has really been done ... . That path is now revealed to be a sham. I see another one coming. Let's get power for the people, CCJ and Queen. Well, when you tell me how CCJ and Queen going to end poverty in this country, then you'll have my support.

"... The JLP has only one mission, and that's to end poverty. We'll resist any attempt to introduce any political distraction ... . You are Government. We're the Opposition. We intend to keep you on the straight and narrow path of economic recovery, a single focus of finally ending poverty in this country ... ."

So, there you have it. Showing more sides of his mouth than the Joker with a transient ischaemic attack while playing mind games worthy of inclusion in the Olympics, Young Andrew began condemning "loose talk"; announced "we have taken a conscious decision that we're not going to play upon and opportunistically exploit the fears of the poor and vulnerable"; and committed the JLP to breaking the cycle of old-style opposition for opposition's sake.

Then, without signs of pausing for breath, he threatened: "You are Government. We're the Opposition. We intend to keep you on the straight and narrow path of economic recovery, a single focus of finally ending poverty in this country" and challenged the non-sequitur world record with: "When you tell me how CCJ and Queen going to end poverty in this country then you'll have my support."

What appalling sophistry! Young Andrew, there's no connection between "CCJ and Queen" and "poverty", and any attempt to make such a connection is but a transparent "playing on the fears of the poor for political gain" and you indulging in "the politics of tricking poor people for their vote".

Young Andrew, you have the honour and privilege of carrying my son's (The Ampersand's) name. Kindly resist the temptation to dishonour that privilege. You KNOW poverty will never end. Not in Jamaica or anywhere else. To withhold support for overdue, non-partisan adjustments necessary to concretise our Independence until they can be shown capable of "ending poverty in this country" is a dangerously disingenuous game of old-style political football that can only end badly for you and Jamaica. Wheel and come again, or be forever remembered as the juvenile who picked up his marbles and ran crying to Mummy after losing his first game.

At Last, written in 1941 by Mack Gordon and Harry Warren, first recorded by Glenn Miller and his Orchestra, became most identified with blues singer Etta James (born Jamesetta Hawkins), who recorded it for Leonard Chess' namesake label. Chess, a Polish Jew (real name Lejzor Czyz), wanted to turn Etta into a classic ballad stylist so surrounded her with stringed instruments.