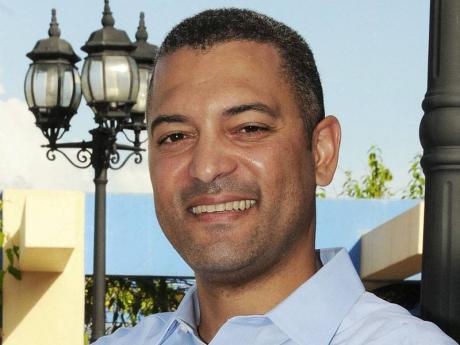 Consider for a moment the durability of the well-engineered gun. That's right. They last a very long time. So the Coke machines will likely be working long after he's released and returned to Tivoli. The rest of the country will still be cleaning up the mess.

Plus, with good behaviour, throwing treats and cell-block dances, he could be back sooner rather than later. I already envision him celebrating his release with a cross-island tour with Rev Taxi Man at the wheel and a little Pinchers booming in the background:

And here I am,

The return of a Don!"

So, the Jamaican authorities need to consider a re-extradition and some home-brewed charges. Otherwise, we can quite expect that before too long, Coke will revisit his concrete kingdom.

At the very least, he should be charged for the crocodiles. Don't you need a licence for a zoo? Never mind the suspicion of what the massive lizards were there to do. What about the chainsaw? Is that OK? Any justice for the thousands of human beings brutalised over the years by the Shower Posse and its henchmen?

Anyway, could Judge Robert Patterson have forgotten a zero when he handed down 23 years in prison? From the testimony, 230 years seems more appropriate.

I suppose it's a sort of triumph for Jamaica, but only because it was such a national ordeal to get to this stage. For isn't it also an enduring embarrassment and a sign of how seriously the national project has foundered since Daddy Manley passed the baton? I think so. We had to export our Coke problem.

Failure to charge Dudus and his enablers and co-conspirators domestically is part of a general resignation to low expectations, and an open admission to the planet that we're unable to handle some of our most basic affairs.

Since there is testimony and evidence available that Mr Coke ran a transnational underworld organisation of illicit trade in cocaine and guns, killing for hire and murder for money, why is this not good enough for a Jamaican courtroom?

In my view, charges are also appropriate for the apparent conspiracy to protect Dudus and frustrate law enforcement by back-door shuttle diplomacy, secret payments to lobbyists, confected and absurd legal arguments, and the eventual massive bloodbath in Kingston.

Had Golding's government its druthers, Dr Peter Phillips and Constable 'Red Herring' would be the two people charged and sanctioned. This is how upside-down and topsy-turvy it had become. It reminds me that this year is also 40 years on since Watergate, and there are similarities. Perhaps I'll one day spend some column inches spelling them out.

So, let's hope this conviction is just the beginning of a process. Dudus can provide, and perhaps has already provided, information about the men - some in officialdom - who made him possible. This is a window of opportunity for the whole country to put 40 years of gangland politics behind it.

With these convictions in mind, I read Herbert Hamilton's essay titled 'Blatant disregard for Coke's rights' in The Gleaner of Thursday, June 7, 2012 with slackjaw amazement. I mean this as a sort of compliment. For in a time when the Budget has elicited more than the common piles of asinine commentary, Mr Hamilton yet manages to rear his head above the herd with a canister of rubbish so fetid it deserves special mention.

Again, we hear the braying that Coke's "constitutional rights" were breached. This is the ex-administration's line, even after it has given up the hoax, exited Government, and has hopefully attracted the special attention of the Feds for its Dudus-related efforts.

Anyway, this is also the time to be concerned at a humanitarian level for Dudus, as one Jamaican citizen for another. The handsome wig look is not necessarily a good one to have published prior to entry into the US penal system. After all, the 'lifers' in the system do read the papers, and their attention may have been drawn to a dude looking like a lady.

It would be a terrible shame for the law-enforcement momentum created by the plea bargain and sentencing to dissipate without reaching further into dismantling the vast criminal network that, until a few years ago, appeared virtually impregnable. And this is one case where the long arm of the law needs to reach up, not just down.