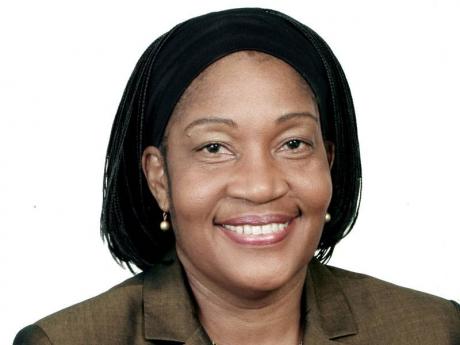 Amid all the celebrations taking place in Jamaica in this year of the country's 50th anniversary of Independence, thousands of miles away across the great oceans the Japanese, 'distant relatives' to the islanders, are having their own version of the jubilee.

Over the years, the two countries have developed close ties - most noticeable through the influence of reggae music on the Asians.

The latest celebration, the '2012 One Love Jamaica Festival', held at the Yoyogi Park last month, was the most recent collaborative effort between the Jamaican embassy in Japan and a local Japanese planning committee.

The event was a huge success. It was the best ambassador of Jamaica to Japan, Her Excellency Claudia Cecile Barnes, has attended.

"I can say this is my fourth festival and, for me, it has been the best because this year we had the full collaboration from the Jamaican community in Japan. Usually, they collaborate, but this year being the 50th anniversary of our Independence, they were fully on board," she said.

Barnes believes that events of this nature are critical in Japan as the bond that the two countries has formed is a strong one. With the festival they are allowed to strengthen that bond, experiencing first-hand Jamaicans living in Japan who are showcasing authentic Jamaican culture.

"Geographically we are far, but the music has helped to create that bond between us. There are many aspects of our culture that they don't understand and I think this festival brings us closer. They get a chance to hear our music through the electronic media and now they get to see our culture alive being offered by Jamaicans," she said.

According to the ambassador, over the festival's two days, an estimated 40 to 50, 000 persons were in attendance. A typical audience at the festival comprises of not only Japanese but also nationals of several different countries who visit or reside in Japan.

Ambassador Barnes has a dream - a dream for the festival to be used as a medium to expose more of what Jamaica has to offer, not just what is available locally (in Japan).

One such example she gave was, "Maybe if we can afford to bring a young talent from Jamaica. At the moment, the performances are from Japanese and Jamaican nationals in Japan, but if we could bring an authentic Jamaican group it could be a good platform to have them perform on the show, and then even do a tour of Japan."

For one Jamaican, Steven Josephs, who was in Japan for vacation but was brought on board with the festival, the experience was a wonderful one.

Josephs said from his arrival to his departure, the Japanese treated him like an official of some sorts.

At the festival, he delivered a presentation on Jamaican culture to a huge audience and although not the best singer, he later performed some Bob Marley hits, much to the delight of those in attendance.

After the experience, Josephs' wish is one similar to the ambassador's - not to allow authentic material from Jamaica to be non-existent on such a big stage.