From Guyana to Jamaica - Jhayee takes aim at Caribbean market 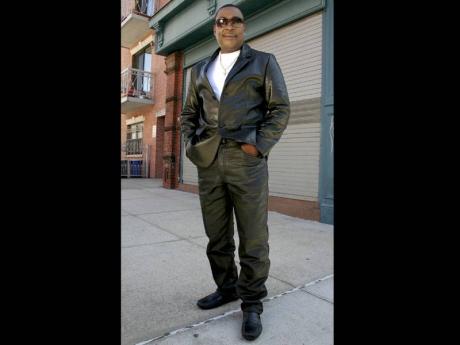 With a catchy song that fuses dancehall, soca and techno, Guyana-born Jhayee is aiming to penetrate several markets, starting with Jamaica.

The artiste whose real name is Jerry Elcock says he did the single Mop It Up some months ago and has done a couple remixes, including one with dancehall artiste Fambo. Since then, he has also released a music video to accompany the song, which is also a dance move.

Jhayee, who was born in Essequibo on Guyana's west coast, says the song has been getting some traction in Jamaica.

"It's been going excellently. It's been fun working with Lloyd Evans (the song's producer), who has put together a series of promotional meetings, and helping to make Mop It Up what I think it should become," Jhayee said.

He noted that he has been doing audio and print promotion and has plans to do visual promotion in the near future.

"The concept is to create a dance around the song. It's about partying and having a good time. Personally, we are targeting a world market, not a specific territory per se; ages from 20 to 50, whomever. We have done some research and we see the teenagers jamming to it," Jhayee told The Gleaner.

Evans added, "We are actually creating a dance that everybody can do. We want it to be fun. Having fun, but losing some pounds at the same time. We will be successful at it."

Expectations are already high from Evans, who says the success of the song will help to propel Jhayee's upcoming album, Premonition. Jhayee's two previous albums were Island Woman and True Inspiration.

"Once we lay the groundwork with Mop It Up, the album will woo the rest of the world. This is not the strongest song on the album, so just imagine what the rest of the album is like. This song is going number one," Evans said.

Reaching these worldwide audiences, he says, will be done through distribution companies and record labels.

"It's about assembling a team that can strategically place the record in the places we want to go," Jhayee added.

Although no release date has been set for the nine-track album, Jhayee says he will be releasing singles gradually. He noted that the album has mostly dance songs, but there are a couple ballads, which he said are not "slow and sobby".

All of the songs, however, have some sort of Caribbean influence, despite the fact that Jhayee has been doing jazz and R&B in the United States for years.

"Even though you have the R&B and jazz flavour along the way, you will still hear that West Indian root in all of the songs," he said, noting that he will be doing promotion in Guyana, Trinidad and various parts of the United States, before returning to Jamaica.

With his main connection to Jamaica being his wife who was raised on the island, Jhayee says he has been receiving a lot more love and support than he expected.

So strong is the love and connection he is already feeling, Jhayee says he wants to make donations to the Harbour View Primary School's library system.