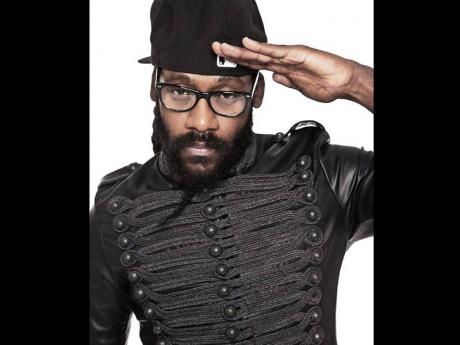 The singer is enthusiastic about his trek across Europe which saw him performing on major festivals and venues across Germany, France, Sweden, Belgium and The Netherlands.

In a release to the media, Riley said a lot was accomplished on the tour.

"The tour went very well. Overall, it was another step to progress. These are the building blocks and we are laying the foundation", said Riley.

Riley said the standout moments on the tour were the acoustic sessions that he performed.

"We did some up close and personal sessions. My dancehall songs are very popular in Europe right now. People are into good music," Riley explained.

Riley pointed out that the Mecoustic album has been doing well in Europe and making inroads with his growing fan base.

"The album has been doing great. We have been getting rave reviews and everyone loves the whole concept of Mecoustic," Riley reiterated.

The artiste has a number of singles ready to be unleashed on his fans.

"Rasta Imposter, a song that features Konshens, Sizzla, Darrio and Rath Riley, has been doing very well in Europe. That song is featured on Konshens' new album. We also have songs like Dream Woman for Chimney Records; Sorry is a Sorry Word for TJ Records, which is basically celebrating Jamaica; and We Run It. We are promoting those songs and just continue to do the work," he said.

Aside from his recent European tour, Riley recently did a few shows stateside in Dallas, San Francisco, and New York. The New York gig was significant for Riley, as that event paid tribute to veteran musician Monty Alexander.

Upcoming shows for Riley include Reggae Sumfest, the Jerk Festival in New York, the Montreal International Reggae Festival in Canada, and a late summer tour of Europe and/or Africa.

Riley will also be participating in this weekend's tribute concert to the late Irie FM founder, Karl Young.

"No disrespect to any radio station, but I have a lot of respect for Irie FM. The station has consistently supported my career. The first time I heard my song on the station, I felt it was a Grammy that I got," Riley concluded.