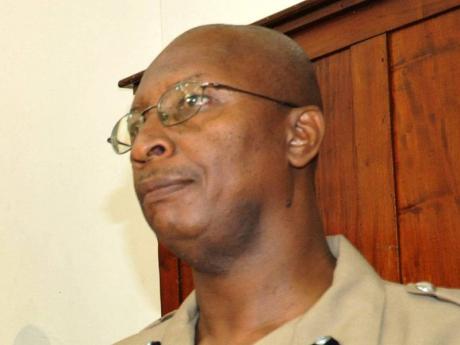 A BODY believed to be that of Michelle Coudray-Greaves, a Trinidad and Tobago native who went missing on the island, was yesterday found in a cane field in Montego Bay, St James.

Deputy Commissioner of Police Glenmore Hinds last night told The Gleaner that "A body was found suspected to be that of a woman.

"We cannot say it is her yet because there is no positive identification," Hinds added.

The police found the body in a burnt-out section of the cane field just after 4 p.m. and alerted her close friends. The body was reportedly burnt beyond recognition.

Gleaner sources say dental braces and bracelet believed to be those worn by Coudray-Greaves were found on the body. Hinds last night said a post-mortem is being contemplated to determine the cause of death.

"That will lead investigators as to what lines of enquiries they should pursue."

He also told The Gleaner that the police will continue the search for Coudray-Greaves. "We cannot call it off unless we have a positive identification."

Senior Superintendent of Police Devon Watkiss, commanding officer for the Area One Police, which includes the parish of St James, said the police will be doing several examinations to determine the identity of the body.

"We will seek to get persons who know the individual and check to see if there are any other missing persons on file and ask persons to use any other unique identification marks to help us come to a final decision as to the identity of the corpse," he said yesterday.

"We are confident that at some point soon, we will be able to conclude, one way or another. And we are hoping that any suspicion out there is not one in the negative."

Frightened by the sudden and unexplained disappearance of her 39-year-old daughter, Marlene Coudray, the mayor of San Fernando, in Trinidad, is expected to arrive in Jamaica today to join in the search for her missing child.

"She is very frightened and worried by Michelle's disappearance," said Constance Bogle, a friend of the missing woman.

By coming here, she hopes the local authorities will intensify the search for her daughter.

Michelle, who resided in a rented property at Cornwall Courts in Montego Bay, recently completed a period of temporary employment as teacher of Spanish/French at Cornwall College and was in negotiation with the school to fill another vacancy in September.

"She went back to Trinidad and Tobago over the Easter holidays and returned to the island on Wednesday," her landlady told The Gleaner yesterday.

"She came to see me on Thursday and paid up her outstanding bills. While we were talking, she got a telephone call and left."

Michelle was next spotted early on Friday at Cornwall College, where she had gone to volunteer her services to start working on Monday with a group of students who were in final preparation for an upcoming Spanish examination.

"That was the last time she was seen," said Bogle.

"The missing woman, who is the mother of three children, is no stranger to Jamaica. She lived here for several years and is married to a Jamaican man, albeit they are no longer in a relationship.