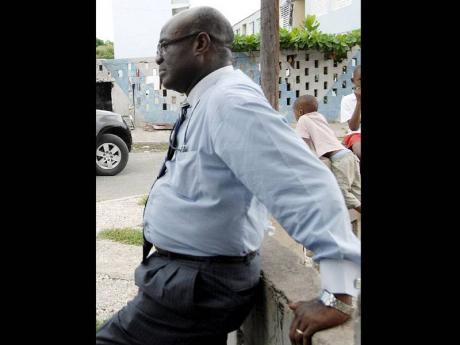 NEARLY SIX months after Political Ombudsman Bishop Herro Blair submitted 27 serious complaints involving acts of political tribalism to the police at about the time of the December 27 general elections, his office is still awaiting closure on these cases which could possibly attract criminal prosecution.

In a report to the Human Resources and Social Development Committee of Parliament, the Office of the Political Ombudsman provided a list of alleged offences during the election campaign which it says breached the 'Political Tribalism' code of conduct.

The committee was saddled with the task of reviewing a private member's motion moved by South West St Catherine MP Everald Warmington.

The MP wants the Office of the Political Ombudsman to be declared redundant. At the end of its deliberations, the committee will submit a report to the House of Representatives.

In the document sent by Bishop Blair to the sessional select committee, which was accessed by The Gleaner, there were three complaints from persons in St Thomas involving political violence before and after the general elections.

Blair also revealed that there were numerous calls to his office reporting alleged incidents of vote buying in the parishes of Kingston, St Andrew, St Elizabeth, Westmoreland, Hanover and St James.

"These allegations ranged from having knowledge of persons who received money, being offered money and accepting money."

The political ombudsman said although many persons were willing to give accounts of the various incidents of 'vote buying' they were not willing to put their complaints in writing.

"They refused as a result of fear of being labelled as 'informers' and general fear for the safety of their family and self. These reports had to be treated as being frivolous and or malicious," Blair stated.

Making a case for the maintenance of the Office of the Political Ombudsman, Bishop Blair said his office remained convinced that it could "not be left to men to do what is right, and that there must be systems in place to aid in conformity to established codes, rules or regulations."

He argued that the roles of the political ombudsman and political parties should never be viewed as competing roles but complementary roles.

Blair also argued that the presence of the office has "a psychological value, as it strives to give citizens confidence that there exists a non-partisan body that will hold politicians accountable in regards to established codes."