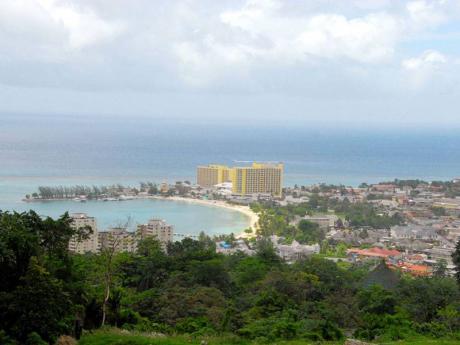 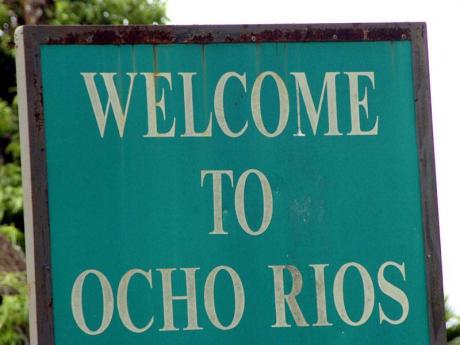 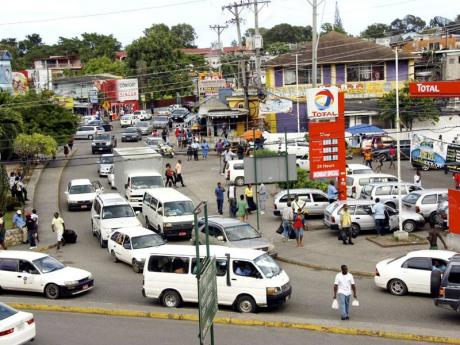 The man looked like a mouse. Now I say this with no desire to offend the good fellow from Ocho Rios in St Ann, but there simply is no better way to describe him. When he first walked up to me as I stood on a crowded sidewalk in the town recently, I was quite taken aback by his features. He had tiny eyes and pointy ears. I insist that I saw his nose twitch.

"Yuh caan just tan up yah so. You deh pan busy, busy sidewalk. Yuh nuh see ship come?" he said. I thanked him for his words of advice and stepped back to allow him to pass. He didn't, though. Instead, he asked me what I was looking for. Before I could answer, he spoke up.

"Ef yuh hungry, yuh can get good jerk chicken up ah top deh so. Ef yuh looking craft and ting, just walk down yah so," he said, pointing behind him. I told him I was fine, and that I might just walk further up the road to see if I could meet some people who live in Ocho Rios. He saluted me and then walked away.

About 200 feet up the road I met Opal, a rotund woman about 40 years old. She wore a yellow hat and smiled wide. She was sitting on a chair placed on the sidewalk watching people go by. I stopped to say hello.

"How yuh do?" she said. I told her she seemed quite comfortable sitting there even as dozens of people were walking by.

"Yes man. Yuh know yuh haffi watch what going on sometime. More time when yuh can just teck weh yuhself and watch what going on yuh better off," she said. It was a sunny day in Ocho Rios. I mentioned how warm it was. "We glad fi it!" she said. "Remember Ochi is tourist town, yuh know. When di tourist dem come dem want to feel hot sun. When dem come and see rain dem don't feel nice," said Opal.

Someone bumped into me from behind and walked on. Opal chuckled and suggested I stand somewhere else. I moved to my left but it seemed to make little difference. People were passing in every direction. Through the moving mass of humanity I managed to signal to Opal that I would be on my way. She waved goodbye.

STOPPING FOR A BREATHER

Near a gas station I managed to take a breather. I saw a man holding a black bag. Every now and again someone would walk up to him, hand him some money and he would give them something from the bag. Curious about what he was selling, I walked over to him. The mystery was immediately solved.

"Any tamarind?" he asked. I told him it had been a while since I saw someone selling tamarind. "Is me meck dem, yuh know. Me and mi wife," said the man. He told me to call him Macky. I bought a small bag of tamarind from Macky. When I handed him the money, he put it in his shirt pocket and tapped it twice. "Alright, is mi last bag dat fi di day now," he said with a smile. "Mi can go home now." I asked Macky where he lived. "Just up di road deh so," he said, pointing across the street. "Not far."

I asked Macky what it was like living in Ocho Rios. "It noisy, man," he said. "Memba seh is tourist place, so yuh have whole heap ah people. Yuh haffi can manage di noise if yuh going to live here," he said. "Yuh can eat a food though. Once yuh nuh trouble nobody and yuh work honest, yuh comfortable right here in Ochi," he said.