I AM NOT THE FATHER 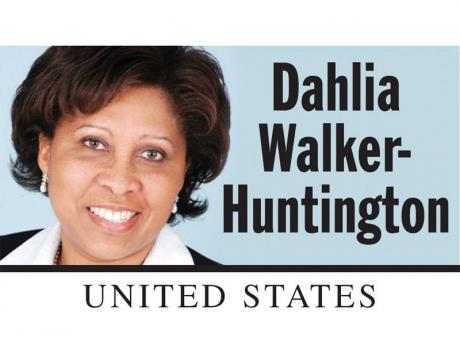 Almost 10 years ago I had a daughter with this woman. I sent the mother to the US in the hopes that she would have the child there, which subsequently happened. The child was given a US social security number and a US passport, but we chose to raise the child in Jamaica as I believed the primary-level education would be better for her here. The relationship with the child's mother broke down after a few years due to her infidelity and she moved out and took the child with her.

Recently I went to the US on business and while there ran into an old acquaintance of my ex-wife and myself. She stated that when she saw the last picture of my daughter that she was the "splitting image" of another acquaintance and suggested that I should do a DNA test to prove fatherhood. I thought she was pulling my leg and went and did this test in Connecticut, just to humour her. The results that came back shocked me and almost sent me out of my mind. They proved that the little girl was not my child.

Due to this, and the divorce from my ex, I am in a quandary. The little girl has my name on the birth certificate. This leads me to my questions.

1. How can I get my name removed from the birth certificate?

2. How do I go about getting her rightful father's name on the birth certificate? If I am right as to who her father is, he possibly doesn't know that he has a daughter.

3. Can I have her citizenship revoked as her mother committed a fraudulent act against me, going there knowing that the child was not mine? Was she not committing fraud against the state by declaring me as the father, knowing I wasn't?

4. If so, do I contact the father and make him file for her citizenship, as he is a green card holder?

5. What rights do I have to correct this wrong, and what steps do I take?

I have gone back to the RM court in Jamaica to have the maintenance decision that was made against me annulled. My lawyer here says that the law states that only if the child is living under my roof as a step-child or adopted child am I required to pay maintenance. If this is true then, although I had some affection for the little girl, I would rather distance myself and disassociate myself from her mother, even by cutting off my association with the child, painful as it may be.

When a child is born during a marriage, the husband is presumed to be the father of the child. The presumption can be rebutted. however, it is difficult to accomplish. You need to hire a family lawyer in the state where your child now resides to petition the family court to plead your case.

In most states you would have to plead circumstances that would lead a judge to grant you a paternity test, despite the fact that you were married to the mother when the child was born. The court may also appoint a Guardian Ad Litem to investigate your claim because there is an interest in not having the child become illegitimate, i.e. being declared born out of wedlock. If the court grants your petition and that paternity test reveals that you are not the father of the child, the court would issue an order removing your name from her birth certificate and relieve you of any child support obligations.

It would be up to the mother of the child to secure the identity of the biological father and to seek to have his name placed on the birth certificate and to establish child support from the father. That is not something that you could do as you would have no standing in court to be a party to such an action.

The child was born in the US and the Constitution grants her citizenship. Regardless of the circumstances surrounding the birth, the child is entitled to citizenship. The mother may or may not have known that you were not the father of her child, but in your pleadings for a paternity test you can certainly plead fraud among other issues.

What you do about contacting the person you think is the father of the child is a decision you have to weigh and make on your own.

I am not sure that I understand the advice your lawyer in Jamaica gave you regarding maintenance/child support. In the US you are obligated to pay child support for any child you have fathered and with whom you are not residing or, as in your case, where your name is listed on the birth certificate as the father or the child was born during wedlock.

Dahlia A. Walker-Huntington is a Jamaican-American attorney who practises law in Florida in the areas of immigration, family, criminal & personal-injury law. She is a mediator, arbitrator and Special Magistrate in Broward County, Florida. info@walkerhuntington.com