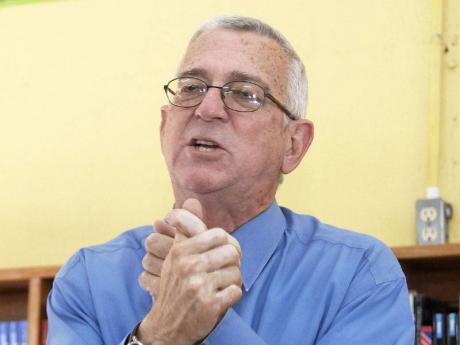 TWO FORMER high-school principals will be joining the Ministry of Education in September to promote uniformed groups in schools in Jamaica, in a move to enhance discipline and socially accepted behaviours in the nation's institutions and the wider society.

This was disclosed by Ronald Thwaites, minister of education, who said the names of the former principals will be revealed in another month or two.

Thwaites was speaking at an International Day of Prayer for the Girls' Brigade and the launching of the Vesta White Foundation, named after an honorary citizen of Manchester, at the Ebenezer United Church on Sunday.

Explaining the importance of this move, Thwaites said, "Every study that we know in Jamaica and elsewhere tells us that involvement in uniformed groups for good purposes makes for better learners, for more profitable citizens, and that the outcome of those who are so engaged, in fact, keeps them away from disorder and from crime and antisocial behaviour later in life. As the twig is bent, so the branch will grow."

Thwaites added: "I don't know how we let that (promoting uniformed groups in schools) slip in previous years, but I hope we can resurrect and re-energise it now."

"I feel that there are tremendous benefits for young people to be involved in organisations like the Cadets, Scouts, Girl Guides, Boys' Brigade, and others. These movements have fallen off in numbers and attractiveness over the years, and so I am taking the step of encouraging some retired personnel who have some experience in these movements to come to the ministry to help reorganise our uniformed groups in the schools," Thwaites told The Gleaner.

The education minister said the idea is to instil order, discipline and useful skills among students, adding that he hopes it will receive good support from various communities who can help.

"Wouldn't it be wonderful if, for example, men from the reserve of the Jamaica Defence (Force), who are in every community around Jamaica, would help with that kind of new movement?" Thwaites asked.