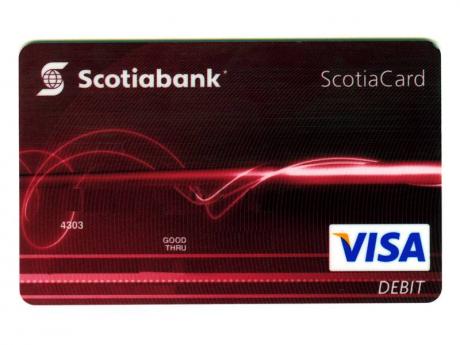 Jamaica's second-largest bank has been accused of breaching a shareholder's agreement in relation to the MultiLink network.

Bank of Nova Scotia Jamaica (BNS) has turned to the Supreme Court for clarity on the operations of its Scotia Visa Debit Card introduced by the bank last year in partnership with American card company Visa Inc.

It is seeking the court's permission to ignore a provision included in the agreement.

The dispute is with JETS Limited, a company set up in 1995 by various banks and other financial institutions to operate an automated banking credit and debit card system in Jamaica.

The shareholder's agreement contains a clause which stipulates that members are restricted from participating in any competing banking network.

In 2011, BNS started offering the co-branded ScotiaCard Visa Debit, which allows customers to do transactions inside and outside of Jamaica and via the Internet. Visa requires that the transactions be cleared through its card system, and not through JETS network.

JETS, which is represented by attorney Dr Lloyd Barnett, is arguing that BNS has breached the shareholder agreement by issuing cards that use the Visa system.

As a result, BNS, whose lead attorney in the case is Michael Hylton, QC, has filed suit in the Supreme Court against JETS asking the court to declare that this clause in the shareholders agreement is unenforceable. The bank initially agreed to an interview on the lawsuit but later backed out of it.

Various other financial institutions have been joined as respondents because they are also parties to the agreement, but no orders are being sought against them.

The case is set for hearing on July 25.