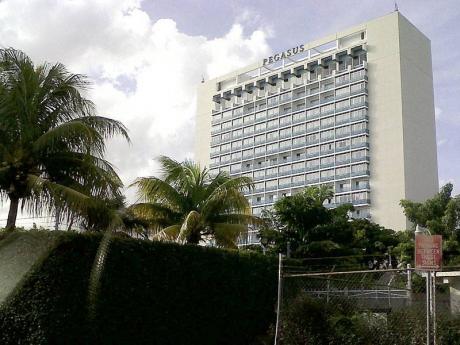 Pegasus Hotels of Jamaica completed its transition to private ownership on Tuesday with the delisting of the company's shares, all of which are now owned by Kevin Hendrickson's Quivin International Limited.

The hotel company, which owns The Jamaica Pegasus, exits the stock market after posting one of its worst financial years in which its losses grew fivefold, and its fourth quarter was characterised by 'negative' revenue.

Hendrickson had previously signalled to the market, after he acquired the first 60 per cent of the shares from the Urban Development Corporation in 2010, that the Pegasus' financial position was worse than he expected and would have required a strong injection of capital to turn into a profitable entity.

His plan to take the company private was also telegraphed at acquisition. Quivin needed more than 80 per cent of the shares to delist, but ended up securing full ownership.

"Pegasus Hotels of Jamaica Limited will be delisted effective June 12, on the basis that all shares in the company have been acquired by a single shareholder and the company no longer satisfies the requirements of the rules of the Jamaica Stock Exchange with respect to the minimum number of shareholders for listed companies," said a stock market filing by Pegasus on Monday.

Pegasus Hotels made a loss of J$392 million at yearend March 2012, which quintupled the J$78 million of losses, before tax credits, made the year before on the back of shrunken revenues and an unexplained one-off exceptional item of J$314 million.

The hotel reported turnover of J$533 million, or about half the J$990 million reported the year prior.

In fact, its revenues in the fourth quarter dropped to negative J$974,000.

The hotel's management was unavailable up to press time for comment on this development, which is a rare event for any company, but a market expert told Wednesday Business that in this case it is the likely result of discounts and refunds.

Pegasus reported other operating income of J$27 million, which was disclosed as gains from foreign exchange translations as well as lease payments to the hotel by the operating company, Surrey Hotel Management Limited.

Pegasus' net cash flow also entered into negative territory with a deficit of J$21.4 million, even with a J$303 million gain from the disposal of fixed assets.

Its equity position also dropped by 10 per cent to J$4 billion, due mainly to a J$500 million decline in fixed assets.

Hendrickson got the approval of the Pegasus Hotels of Jamaica board to lease the hotel to Surrey Hotel Management Limited, a company he created for the purpose. Surrey took over management of the hotel on October 28, 2011.

Hendrickson had committed to invest in plant upgrade and other capital expenditure over three years, and to purchase all furniture, fixtures and fittings at book value, estimated at J$302 million.

The Hendrickson family operates a number of hotels and resorts in Kingston, as well as in the resort towns Ocho Rios, Negril and Montego Bay.

A year later, in October 2011, a group of influential shareholders led by John Issa agreed to sell their holdings to the Quivin group for some J$22.50 a share, totalling J$830 million. It brought the Quivin shareholding to over 93 per cent, thereby triggering an offer to the remaining small shareholders.