Why did the Jamaican chicken cross the road? 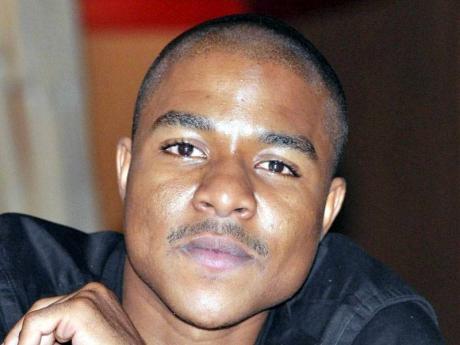 I know I'll be grilled for this one. Some of my more intellectually inclined readers will cry foul. They'll ask, "What is this 'cluckery'?" They might even fly the coop, never to return. But this piece isn't intended to ruffle feathers. The answer to the age-old question of the chicken and the road highlights the critical role perspective plays in shaping perception.

The Government's recent tax package, for example, was met with restrained - but widespread - disapproval. However, had the Opposition - often seen as elitist - proffered the very same package, blood - or marrow - might have flowed in the streets.

To explore this phenomenon of selective perception, I set out to pose the question to a few prominent Jamaicans. But then I realised, I don't really know any prominent Jamaicans. So I simply made up their responses, instead. I'm fairly confident that what follows is an adequate approximation of their answers.

So, why did the chicken cross the road?

Bob Marley: Well, I man see the chicken not just as a chicken, but as Rastafari. The injustice weh Rastafari face is the same injustice and brutality weh the fowl did a try escape.

Bruce Golding: I told it, "Not in my Cabinet." Furthermore, chickens' rights do not begin at Liguanea; they begin at Cross Roads!

K.D. Knight: I ordered it to pack its bags and go!

Portia Simpson Miller: It couldn't manage when I 'tun up di ting'.

Mavado: To get to the Gully side.

Peter Phillips: I don't know. But anyhow it come back, I gwine tax it.

Marcus Garvey: The chicken has not been wholly inculcated with the delusional mindset under which it has, for so many years, been enslaved. The chicken, understanding that it can only achieve real self-determination by repatriating to its true and rightful home, finally decided to break free of its circumstances and seek lasting liberty.

Michael Manley: There were five flights a day across that road.

Bounty Killer: Eh, yow, yallow. I are was going to hammer the fowl if it did was to remain on this side of the road. I told it, 'cross', or I will get angry, miserable!

Beenie Man: He was on his way to apologise to the other side, so as to obtain a work visa.

Eddie Seaga: It lit a candle, sang a Sankey, and found its way home.

P.J. Patterson: I declared a public holiday on that side of the road.

Constabulary Communication Network: While on patrol, a police team encountered a group of chickens. The group opened fire on the police patrol. Fire was returned, after which a rooster was found dead in the road. A .38 revolver containing two live rounds was recovered at the scene.

Buju Banton: He was entrapped!

Reverend Al Miller: I got a call from the chicken indicating that he was in need of safe passage to the other side.

Potential Kid: A yah so nice.

Usain Bolt: I was driving my BMW at 95.8 miles per hour, when, suddenly, I saw a chicken crossing the road. I swerved to avoid it and collided with a guardrail. Asafa Powell pulled up behind me, as usual, and provided limited assistance.

Lisa Hanna: These ducks crossed the river with the utmost alacrity and dexterity. If my figures are accurate, it appears the geese, of which you speak, not only crossed the lake in record time, but crossed 33.74 per cent faster than any other swan previously recorded. [smile]

Paula Llewellyn: Our office will not be taking further action on this question.

Andrew Holness: To understand why the chicken crossed the road, you must first understand the history of the chicken. The chicken was born in a small fowl coop in rural Jamaica. As a young chick, the chicken encountered several hardships from which it has yet to completely recover. In 1969, for example ... . [Oops! Time ran out.]

Din Duggan: It appears that in Jamaica, chickens only cross roads when instructed to do so - either by US authorities, foreign lending agencies, or other external forces. Jamaican chickens seem incapable of innovative and decisive actions made of their own accord. It appears the Jamaican chicken is just that - chicken.