The Cartagena summit - Going beyond scandal to substance 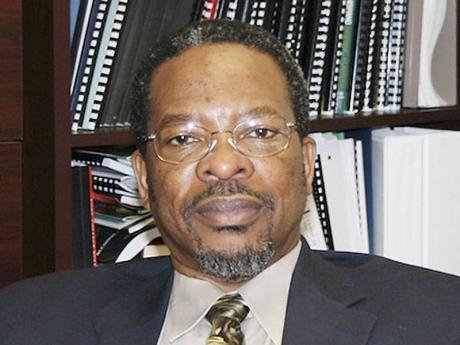 The recently held Sixth Summit of the Americas was largely overshadowed in the United States and other media by the Secret Service sex scandal. But the leaders examined many vital matters of substance in Cartagena; now begins the hard work of implementation.

One of the thorniest summit issues was illegal drugs - a multidimensional problem wreaking havoc in many countries of the hemisphere. Pundits and politicians in many parts of the Americas have long spurned the militarisation stance to dealing with the problem.

Recently, many national leaders and citizens have joined the list of strident critics of the 'war on drugs' approach. Clearly, the 'war' cannot be won. Guatemala's President Otto Pérez Molina has even advocated legalising drug consumption and production, "within certain limits and conditions".

At the summit opening session, the host president, President Juan Manuel Santos, noted correctly that although it was Richard Nixon who coined the 'war on drugs' phrase in 1971, the 'war' really was being waged for a century - since the 1912 International Opium Convention. Of course, the strategy and tactics varied over time.

He noted that despite the immense efforts and resources invested, the drug business continues to thrive, engendering serious public-health problems and spawning violence, arms trafficking, and other vices. Santos implored his fellow leaders to discuss the issue "without prejudices or dogmas".

The Cartagena summit was an important milestone. Santos told reporters afterwards that the leaders had begun an important new conversation on the issue, debating it openly and honestly. The debate wasn't specifically about legalisation, he said, but about the need for a holistic approach and more effective ways to address the problem.

The next step is for the Organisation of American States (OAS) to conduct a broad-based study of existing anti-drug policies and programmes to assess what works and what doesn't. Based on the results, we can begin to re-examine long-term policies and priorities.

Like most policymaking, the process will probably be slow. This is especially since the drugs issue is a political hot potato, with many dimensions. Yet, it should be remembered that the Summit of the Americas process has been driving change in the hemisphere since the first meeting in Miami, Florida, in 1994.

Over time, the process has strengthened democracy and human rights, expanded trade agreements, increased collaboration in tackling poverty and inequality, facilitated security confidence-building, and forged consensus on ways to address other critical problems.

In fact, in the late 1990s, the Summit of the Americas process laid the groundwork for greater anti-drug cooperation through the creation of the Multilateral Evaluation Mechanism (MEM). Implemented over the years by the Inter-American Drug Abuse Control Commission, the mechanism uses objective indicators to systematically assess the progress made by OAS member states and of the region overall in reducing drug production, trafficking, and abuse. Based on that assessment, it provides specific recommendations for steps to improve the effectiveness of countermeasures.

This MEM was never expected to 'solve' the drug problem; it was designed to provide better information and to strengthen mutual confidence and collaboration as the various stakeholders pursued anti-drug measures. It could even be argued that without this history of collaboration, the current debate would not have been possible.

Clearly, our hemisphere is a long way from consensus on the most effective counter-drug strategies and measures. In Cartagena, President Barack Obama indicated, "I think it is entirely legitimate to have a conversation about whether the laws in place are ones that are doing more harm than good in certain places." But, he added: "Legalisation is not the answer." Some leaders in the region agree; others want to keep all options open.

Surely, if the matter was simple, it would have been resolved long ago. But our policymakers are at least moving in the right direction by taking a fresh look at the problem. Critical here is that the analysis must not give short shrift to the smaller states within the hemisphere; it must be as inclusive as it is extensive. Plus, it should be produced in a timely manner. We can ill afford having a document of more historical than contemporary value.

This is sober business. And, it is not as sexy as a Secret Service scandal. However, it is a matter of substance that powerfully affects the lives and livelihoods of the peoples of the Americas.

Ivelaw Lloyd Griffith, provost and senior vice-president of York College of The City University of New York, is a political scientist who has written extensively on drugs and security in the Americas. Email feedback to columns@gleanerjm.com.