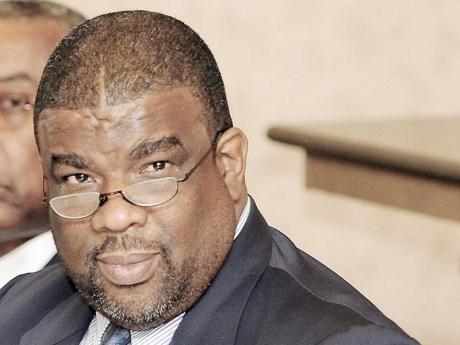 A SURCHARGE amounting to $1.6 million could be slapped on Town Clerk Errol Greene for failing to seek approval from the Ministry of Finance to spend those funds to rent a motor vehicle for then Mayor of Kingston, Desmond McKenzie, in 2010.

Cyril Mason, acting divisional director at the Auditor General's Department (AGD), yesterday claimed that the person who authorised the rental of the vehicle in contravention of government guidelines would face the surcharge.

Greene told Parliament's Public Accounts Committee (PAC) that he had no option but to provide a vehicle for the mayor at the time because his vehicle had become "old" and was "unreliable".

The AGD had named the Kingston and St Andrew Corporation in its annual report as committing a breach of government guidelines.

According to the AGD, "There was no evidence that the KSAC sought the Ministry of Finance's approval for the rental of motor vehicle for a senior officer for 276 days (June 2010 to February 2011) at a cost of $1.6 million".

Greene, who is the accounting officer for the KSAC, told the PAC that the Corporation could not acquire a new vehicle for the mayor at the time as then Government policy had imposed a restriction on the purchasing of vehicles.

He said the KSAC had written to the Department of Local Government requesting 'special dispensation' but that was not forthcoming.

Greene noted that as soon as the policy was lifted a vehicle was purchased for the mayor.

"The policy, as set down, would not be a shackle, and doesn't have to be a shackle, because you could have appealed to the minister of finance at the time who I happen to know is a reasonable person."

Shaw was the then finance minister.

The PAC chairman questioned who would be asked to pay the surcharge.

Said Shaw: "You are accepting that you should have sought the approval of the Ministry of Finance on the matter?"

"Yes I am accepting that," Greene admitted.

"You should have protected yourself by staying in touch with the Ministry of Finance," Shaw reasoned.

The town clerk said he had requested approval for rental of the vehicle for the mayor from the Ministry of Finance retroactively.

Shaw told the committee that he would leave the issue of surcharge to the auditor general and the Ministry of Finance.