She had an undying love for Jamaica 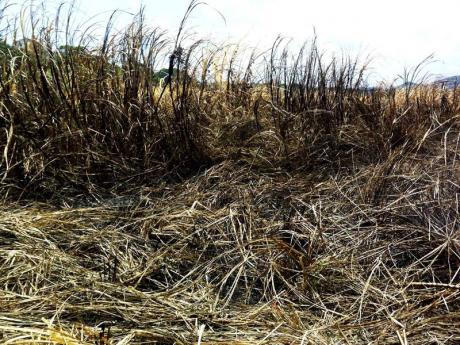 The section of the cane field in Montego Bay, St James, where a body, believed to be that of missing Trinidad and Tobago native Michelle Coudray-Greaves was found on Monday.

Like the thousands of repeat visitors, who are captivated by the island's beauty and charm, missing Trinidad and Tobago school teacher Michelle Coudray-Greaves has had a near two-decade love affair with Jamaica.

"She always saw Jamaica as her home," said educator Constance Bogle, who has been best friends with Coudray-Greaves since 1995. "This is where she love and always wanted to be."

Coudray-Greaves is the 39-year-old daughter of Marlene Coudray, the Mayor of San Fernando in the twin island republic.

She was reported missing on Friday night and the police has been searching for her, but without success.

With speculation now rife that a burnt body, which was found in a cane field in Montego Bay on Monday, is that of missing Coudray-Greaves, the police will be using forensic science to make a determination.

"Her mother will be coming into Jamaica tomorrow (today) with her dental records and we will be using that along with DNA to determine if it is her body," a police source told The Gleaner.

"Some persons are convinced that it is her but we prefer to use science to make the determination," the source said.

Coudray-Greaves first came to Jamaica in 1995 as a trainee manager aligned to the Sandals hotel chain.

When her stint at Sandals ended in 1997, instead of returning to Trinidad, she sought and secured employment with Air Jamaica, where she became friends with Bogle.

"Our friendship developed naturally because she was just so easy to get along with," said Bogle.

"She was always so positive ... she always saw the better side of life ... she was a great person to know."

During her time at Air Jamaica, Coudray-Greaves met and fell in love with a Jamaican man and before long, the friendship produced a daughter. When the child was a year old, the trio went back to Trinidad, where Coudray-Greaves and her Jamaican lover got married.

"While she was back in Trinidad, she was always saying how much she missed Jamaica and wanted to come back," said Bogle. "She was physically in Trinidad but her heart was in Jamaica."

When her marriage broke up, Coudray-Greaves' estranged husband returned to Jamaica but she remained in Trinidad, where she took a teaching job.

While in Trinidad, Coudray-Greaves remained in close contact with her Jamaican friends, always telling them that, "I will be coming home soon."

Last November, Coudray-Greaves paid a short visit to Jamaica and after a few days, she told Bogle that she felt totally at home and was ready to come back to the island to live full-time.

"She went back to Trinidad in November and by January she was back here," said Bogle. "She got the temporary job at Cornwall College and she was just so happy. It was clear that she was where she wanted to be ... Jamaica."

When her temporary job, as a teacher of Spanish at Cornwall College, came to an end at the closure of the Easter term, Coudray-Greaves went back to Trinidad but only briefly. By the first week of June, she was back in Jamaica.

"She was getting very good job offers in Trinidad but she declined them all," said Bogle. "She wanted so much to come back to Jamaica, she sometimes said she even keeps better health in Jamaica."

Coudray-Greaves was in negotiation with the administration at Cornwall College to take up another job offer there in September when she disappeared.

"She started living here towards the end of March," said Shauna Welch, Coudray-Greaves' neighbour at Cornwall Courts. "I found her to be quite nice. She did not have many friends coming to visit and sometimes you wouldn't know she is at home unless you see her.

In the meantime, Marlene Coudray, in an interview with the Trinidad Guardian was in a sombre mood Monday.

"We are praying and we are hopeful that this is just a temporary thing which we will overcome," Coudray said in an interview at her Trinidad home.

"I don't know that anyone would want to harm her. She was well-known in Jamaica and loved by all," she said.

"The contacts I know she has in Jamaica, I have been speaking with them and nobody saw her after Friday in the night. Nobody saw her after that. All the conversations I have had with the friends, they are all as baffled as I am. She is referred to in her circles in Jamaica as 'Trini' and what I've been told, she is loved very much. They don't know that she has any enemies at all. She is not that type of person.

"She is very outgoing, she is accustomed to going out, she will go out in the night, she is a free-spirited person. She lived there about eight years. When she graduated from UWI, she stayed on and did a diploma in International Relations," Coudray said.