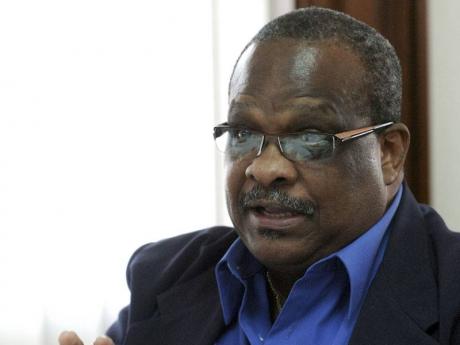 The intervention of the prime minister is being sought to untangle the bureaucratic bungling that has stymied the progression of the Montego Bay Redevelopment Plan.

"I am extremely concerned at the slow pace at which the development plan is being pursued," Lloyd B. Smith, the Member of Parliament for Central St James told The Gleaner.

The plan, which was conceptualised in 1996, on implementation, will zone and guide the expansion of the city of Montego Bay.

"I don't get a sense that it is being prioritised and so I intend at an early date, to seek audience with the Prime Minister on the matter," Smith said.

He added: "The latest information I had got was that there was a problem with funding. I can't remember the figure now but one of the proposals was that each member of parliament in the parish would donate a certain portion of his/her constituency development fund to assist with the promulgation of the plan."

In the meantime, Dr Lee Bailey, who like Smith is a past president of the Montego Bay Chamber of Commerce, said home-grown interests are needed to drive the redevelopment process as there are several stakeholders that are transient residents in Montego Bay.

"It is all part of the idea of being self-sufficient; once we get that into our bones, and into our minds and into our hearts, nobody can stop us," Dr Bailey said.

Chamber President Davon Crump has repeatedly advocated for the resuscitation of the redevelopment plan to stave off widespread urban blight in downtown Montego Bay. His calls came against the background of the increasing shift in commercial activities to the western and eastern ends of the city.

In the meantime, Smith said the development order would bring some overall order to "how developments are done and they would have to adhere strictly, or else they would face the court and pay the necessary fines".

"Right now, you have buildings going up without adequate space for parking. The zoning would allow for meaningful development and an investor coming in would be better able to identify an appropriate area for operations," he said.