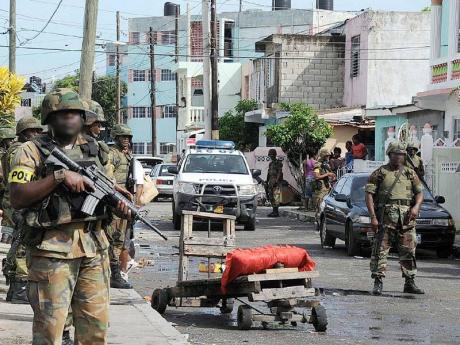 American journalist Mattathias Schwartz, whose investigative pieces on the May 2010 incursion in Tivoli has shed light on aspects of the military-led operations, was last week awarded with the Livingston Award to young journalists 35 years and younger.

The prize is awarded by the University of Michigan.

Schwartz's piece, 'Massacre in Jamaica' appeared in The New Yorker in December 2011 and won the award for International Reporting. The award came with a US$10,000 prize.

Schwartz's article examined the events in Tivoli in May 2010 and included the revelation that the Jamaican government allowed a US drone to monitor the operation.

The Jamaica Labour Party government initially denied the involvement of American forces in May 2010 but, after the publication of the article, backtracked on that position.

Documents obtained by Schwartz and provided to The Gleaner also revealed that the Jamaica Defence Force (JDF) used mortar bombs in the operation in Tivoli Gardens.

The JDF at the time were coy about the use of bombs, but after the revelation admitted they used them.

"The story of the Tivoli massacre can be read as a kind of customer service report on US foreign policy, at least in Jamaica. The US government went in and took out one of Jamaica's bad guys. The question is, how do the people we are supposed to be helping feel about this? What do they think about the way the US draws the line between the good guys and the bad guys?," Schwartz told The Gleaner after his award.

Despite the award, Schwartz said he was not done with the story.

"I am not done with the Tivoli Gardens story. I want to do whatever I can to secure the release of the video, assist the public defender's investigation, and try to answer the many unanswered questions surrounding more than 70 deaths."