Portland bites back at mosquitoes 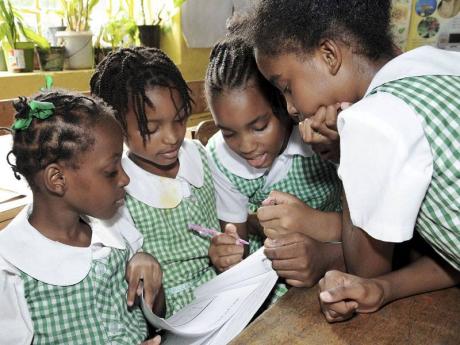 Students of St George's Girls Primary and Infant School, Duke Street, Kingston, waste no time as they go through a book, while waiting for their guardians on Monday. The girls were supervised by their teacher. Norman Grindley/Chief Photographer 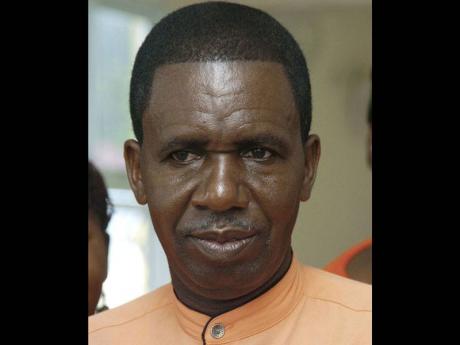 IN AN attempt to rid sections of the Rio Grande Valley in Portland of mosquito breeding grounds, the Ministry of Health in collaboration with Moore Town residents conducted a major clean-up exercise on Monday.

The residents, who turned out in large numbers, were engaged in multiple drain cleaning, cutting of trees, cleaning and clearing of the river and its banks, along with bushing of sidewalks and curve and channels.

She added: "Drains and river sides were cleaned as part of our infestation projects. The idea is to reduce the aedes index and also the overall mosquito population. The aedes are the most domesticated types of mosquitoes that breed around in containers, and they also transmit dengue fever and the West Nile virus."

Hawthorne said there were several suspected cases of dengue fever in the parish last year, and that based on the movement of persons from time to time, the disease could be easily transmitted.

So far, the Ministry of Health has conducted three public-education sessions in Moore Town.

The initiative was also supported by councillor of the area and mayor of Port Antonio, Benny White, and colonel of the Moore Town Maroons, Wallace Sterling, who were both influential in getting the ministry to undertake the mosquito-eradication project.

"We want to keep the drains and rivers clean. We are now in the Atlantic hurricane season, and it is important to undertake such initiative to reduce the likelihood of flooding in the event that there is heavy rainfall."

Residents were also encouraged by the ministry to rid their houses and yards of old fridges, stoves, cans, plastic bags, and any other waste material, so as to rid their surrounding of mosquitoes, roaches and rats.