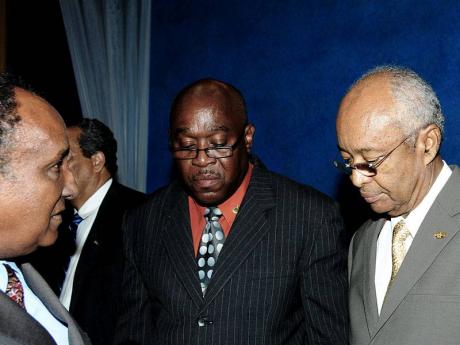 From left: Carlton Stephens, Ian Forbes and Noel DaCosta in conversation at the United Way of Jamaica's Nation Builders Awards and Employee Awards ceremony, at The Jamaica Pegasus hotel, New Kingston, on Thursday, May 31. - photos by Winston Sill/Freelance Photographer 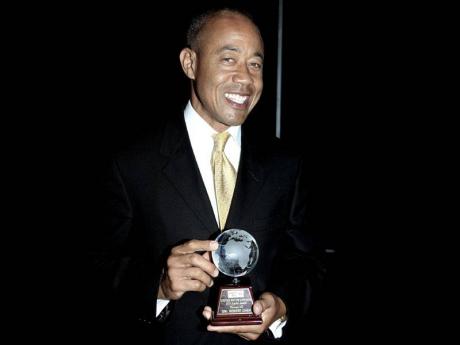 Dr Robert Chen poses with his award for being the largest individual donor to United Way of Jamaica.
1
2

In spite of the difficult economic climate, many individuals and organisations remain committed to giving to the less fortunate.

"We have had a long association and partnership with the United Way and are fully involved in the process of nation-building and development, and we feel that it is our duty to give back," Forbes said.

"Forbes' primary area of concern is on early-childhood education in Jamaica. During an interview with The Gleaner following the awards ceremony, he said it was important to stimulate children from an early age to ensure their full development.

"These are the formative years. If the children are stimulated early, down the road it will be to their benefit and, by extension, the country. United Way of Jamaica has an enviable record of transparency and accountability so we are very comfortable with giving because we are certain that whatever we give helps with the projects in every way possible can," Forbes said.

Also batting for education was Dr Robert Chen, who received the Jupiter Award for the second-highest individual contributor. Olympic and World Champion Usain Bolt was the recipient of the highest individual award.

Dr Chen said he started giving to United Way as a member of the SuperPlus Group. "We were encouraged to donate as a group, as a business, through the SuperPlus Food Stores. All of us were to make a pledge from each store and then form a pool and donate it to United Way of Jamaica," Chen said.

He said as SuperPlus declined, the other members withdrew but he continued contributing on his own.

"United Way is a well-known charitable organisation. The arrangement I have with them is even more special. My primary motivation is education. I believe, over everything else, we need to be an educated nation and the donations I make are mostly in the field of education. That is where it is being spent and I am quite happy with the results so far," Chen said.