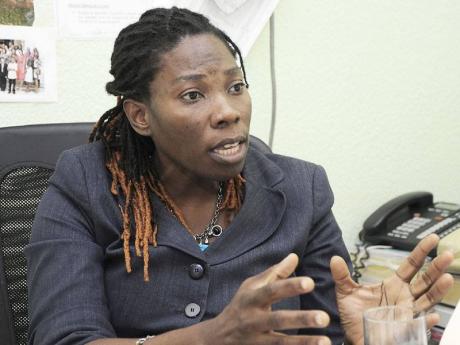 According to Julia Brown, manager, process development division at the SRC, based on research, it has adapted these technologies that are utilised elsewhere in the world, including Europe. The suite of systems, Brown said, will treat from animal to solid organic waste, human and domestic sewage, and agro-processing waste.

"In 1993, we had a project with the German Agency for Technical Corporation. We explored the treatment of all different kinds of waste in Jamaica. Looking at the existing systems, we realised that they were not optimal for the Jamaican scenario. This technology now affords us the luxury to generate, in addition to fertiliser, liquid for energy," Brown said.

The Biogas-Anaerobic Technology was developed to promote the use of alternate sources of energy, utilise waste to provide organic fertiliser waste biogas, while preserving a healthy environment. The SRC has commissioned more than 150 biodigesters on farms and households islandwide.

"Persons spending money to treat their waste will actually see a return on their investment. It can generate the energy that they will need to run factories, households or farms, while providing liquid for irrigation and the solid for fertiliser," Brown said.

The biodigester, Brown said, was inherited from the Chinese. Waste is fed into an underground concrete tank that breaks it down to produce the gas and liquid.

"The liquid is really a slurry, and that goes into a drying bed, it will come off and the solid will remain to dry. The gas produced is channelled as biogas," Brown said.

The Biodigester Septic Tank uses biogas and anaerobic technology to treat household waste. The system eliminates the use of soak-away pits, which is dangerous to the environment and contaminates the aquifers.

"We can't afford for this contamination, because the aquifers are storage for drinking water. We found an option that is environmentally sound, eliminates the soak-away pit. This model can be placed in single households, housing developments and small enterprises," Brown said.

The system is approved by the regulators and is now the choice for developers when a decentralised system is needed. It is also handy, good for small developments and suitable for both urban areas and rural areas.