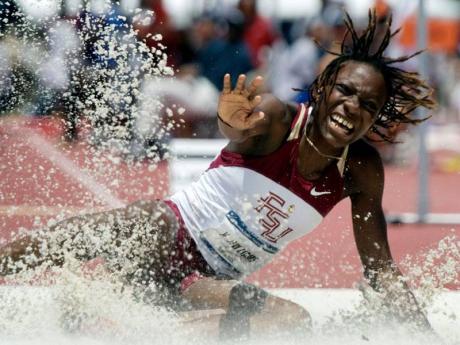 Porter, who won at Boys and Girls' Championships where she produced a record jump of 1.86 metres, will be concentrating on the long jump in which she won gold at the World Youth Championships a year ago.

Williamson, who won at Carifta Games and Penn Relays, will definetely start favourite to win this weekend, but it won't be a walkover. At Carifta Trials she was beaten into second place by Reid, who won with 1.80 metres, the same height done by Williamson, and Hall who was third.

Hall was very competitive at Penn Relays as she fought toe-to-toe with Williamson, until the latter found top form in the latter stage to win comprehensively with 1.83 metres. Hall finished second with a clearance of 1.76.

Despite getting the better of Hall on every occasion this season, Williamson cannot be complacent because she wants to end her local season on a high and win to give herself a chance of picking up a medal for Jamaica at the highest level in the high jump event.

Reid cannot be written off as she is a big-time performer who relishes good competition, as shown in the past when she won the event at Penn Relays in 2009 and 2010.