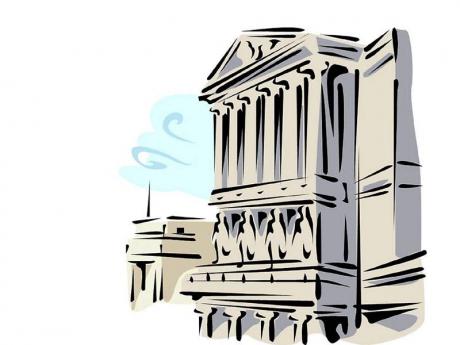 Standard & Poor's (S&P) has downgraded the Caribbean Development Bank (CDB) from AAA, the firm's highest rating, stating that its risk management has weakened.

"We lowered the long-term issuer credit rating on the bank to 'AA+' from 'AAA' and affirmed the 'A1+' short-term rating," said the Wall Street-based S&P in a statement issued in New York Tuesday.

S&P said "the stable outlook reflects our expectation that despite weaknesses in the risk management framework, the bank's financial position will remain in line with its rated peers and that the very strong shareholder support will persist".

Three weeks ago, another US-based rating agency, Moody's Investors Service, downgraded the credit ratings of the Barbados-based CDB also by one notch from Aaa to Aa1.

The downgrade followed a routine examination of the region's premier development bank.

CDB president Dr Warren Smith said then that the new rating was being accepted "in today's heightened environment of un-certainty" and that "our risk manage-ment practices need to be strengthened".

S&P said its downgrade reflects its view that CDB's risk management is not commensurate with other 'AAA' rated multilateral lending institutions, particularly given its size and regional economic weakness.

"CDB has failed to comply with one of its internal liquidity policy guidelines, and borrower concentration remains high," it said.

The rating agency said the bank's liquidity was tighter in 2011 than in previous years, stating that at the end of 2011, CDB had a negative funding gap of three to 12 months because of US$226 million of debt maturing in 2012.

It said liquid assets represented 70 per cent of undisbursed loans and projected one year of debt service at the end of 2011.

Despite covering 143 per cent of debt maturing in one year or less, S&P said CDB's liquid assets were less than the minimum of 200 per cent it main-tained during the prior five years.

It said CDB expects to raise sufficient debt this year to roll over its 2012 maturities and finance a planned US$100 million of lending.

"Related to liquidity, funding management is of concern and compares less favourably with the diversified funding strategies of other small multilateral institutions," the statement said.