Ex-tycoon Stanford to be sentenced today 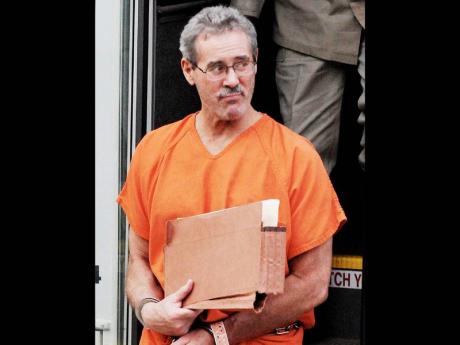 As former Texas tycoon R. Allen Stanford's criminal case gets ready to wind down with his sentencing today for a US$7 billion Ponzi scheme, the battle for control of his remaining assets around the globe still hasn't been settled.

Investors are hoping to get back some of the money that was taken from them, but those leading the efforts are at odds over who should control Stanford's frozen bank accounts and properties. They've even duplicated efforts to go after certain assets.

The legal battle over the assets has frustrated investors, who are still waiting for a payout more than three years after Stanford's businesses were shut down.

"There are people who have died while waiting for a distribution of the assets, people whose families have been left with nothing, people basically living on donations," said Luis Lopez Duran, a Venezuelan attorney who lost money in the scheme.

Prosecutors say Stanford used the money from investors who bought certificates of deposit, or CDs, from his bank on the Caribbean island nation of Antigua to fund a string of failed businesses, bribe regulators and pay for his lavish lifestyle. Stanford was convicted in March on 13 of 14 fraud-related counts and could spend the rest of his life behind bars.

Stanford's financial empire once spanned from the US to Latin America and the Caribbean. An Antiguan court and a US judge in Dallas have both appointed people to try to recover assets. The US Justice Depart-ment is also undertaking its own effort.

Ralph Janvey is the receiver appointed by a federal judge in Dallas. Since 2009, he has worked to close Stanford's various companies and sell his assets, having so far collected more than US$220 million.

But Janvey has also racked up more than US$108 million in fees and expenses, leaving just US$112 million for investors.

Kevin Sadler, an attorney for Janvey, defended these costs, saying Stanford's empire "collapsed, it left a huge mess that has required a huge (and expensive) clean up".

Meanwhile, Antiguan court-appointed liquidators say they have recovered, or could potentially recover, more than $323 million in assets for investors. But about US$212 million is tied up in land once owned by Stanford that has yet to be sold.

Edward Davis Jr, one of the attorneys for the liquidators, said their process is cheaper, faster and better than the Janvey-run receivership, which he said is inefficient and too expensive.

"We are trying our very utmost to gather up assets and make claims to put money in (investors') pockets," Davis said.

The liquidators are also battling the US Justice Department for control of about US$330 million in frozen Stanford bank accounts in Canada, Switzerland and the United Kingdom.