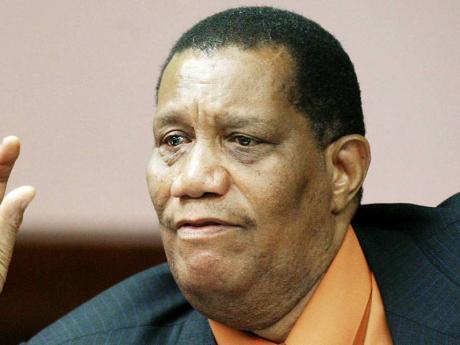 JAMAICA'S FOOD import bill continues to spiral out of control, jumping by US$100 million last year to a staggering US$930 million. Some J$750 million was spent on imported French fries.

Following his disclosure at a recent graduation ceremony for the first batch of 28 graduates from the Farm Field School project funded by the Inter-American Development Bank (IDB), Minister of Agriculture and Fisheries Roger Clarke told AgroGleaner that the increase was a shocker.

He said: "I was anticipating a lowering of the import bill (so) I was alarmed at it."

This comes against the background of the national 'Grow What We Eat, Eat What We Grow Campaign' and Backyard Gardening project, both of which were deemed to be successful in promoting consumption of local agricultural produce.

Describing the situation as "unsustainable" Clarke said government would redouble its efforts to ensure increased production and productivity of local farmers, which is matched by an uptake in the consumption of local foods. Identifying linkages with hotels and agro-processors as critical to ramping up the use of local foods, Clarke served notice that the state would set the example by cutting, where possible, it's expenditure on foreign foods.

He said: "Any institution that comes under government control, be it hospital, prison, infirmary, we can't afford to be importing food to feed them."

In addition to using eggs in the nutri-buns which are served in the national school-feeding programme, Clarke also said his ministry was experimenting with five varieties of Irish potatoes to find suitable ones to make the cut for the French fries and table potato market.

Meanwhile, Ancile Brewster, the IDB's country representative to Jamaica, warned that any attempt at reducing the food import bill would need to go well beyond "more than just blocking" imports. Speaking ahead of Clarke, he had put Jamaica's annual bill at more than US$800 million, which, when combined with Trinidad and Tobago's US$600 million, sees the two countries paying in excess of US$1.5 billion to import food each year.

Speaking with AgroGleaner after the graduation at the Alhambra Inn, St Andrew, Brewster pointed to Jamaica's strong history of agriculture production which had resulted in the IDB increasing its investment to the sector, with US$31 million to be spent over two projects, the aim being to make the sector more competitive by the use of state-of-the-art as well as old technology such as irrigation, in improving yields at reduced costs.

Some US$15 million is being spent on a national irrigation project which aims to teach farmers, among other things, how to use less water, and fertiliser more effectively, to improve crop yields. Another US$16 million will be spent on helping to strengthen the value chain by linking farmers to exporters and agro-processors. This will include the construction of warehouses, abattoirs and other such infrastructural systems to support the farmers' efforts, so they can spend more time focusing on farming.