Chef of the Year Cecil Jagdath 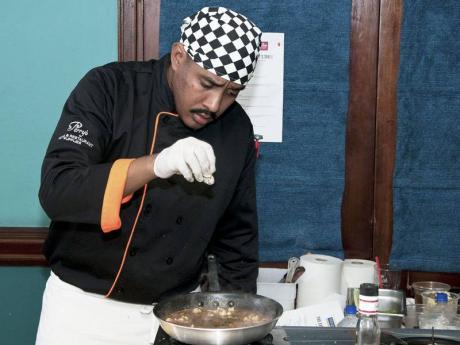 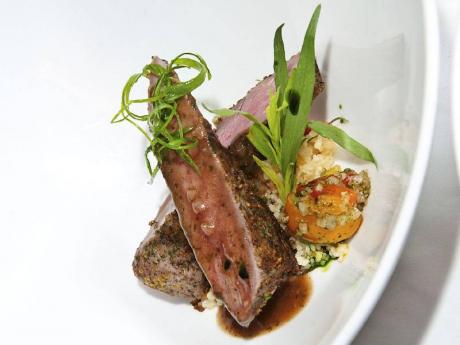 For Cecil Jagdath, copping Margaritaville's Chef of the Year is not enough. He wants to achieve more, and continues to push his creative culinary skills to the limit with ambitions to run his own restaurant in the future.

"I am honoured to have won this award. You are chosen for this award by the directors and staff members. The staff plays an integral role in this award because if you are not doing good stuff like being a role model or not being a mentor to your peers, then they will never vote for you so," Jagdath said in an interview with The Gleaner.

He has been with the Margaritaville group (that includes Marguerites and Blue Beat) for the past 18 months, and is also their executive chef. Jagdath is responsible for the Chef's Table initiative that was staged recently at Marga-ritaville for the first time.

An award of this nature is not something that should be taken lightly by young chefs coming into the profession, advises Jagdath.

"Chef of the Year is something as a young chef you'd want to have under your belt, so there is a lot that goes with winning such an award," he encouraged.

Before his culinary adventures at Margaritaville, Jagdath played an integral role in the success of Twisted Kilt in Montego Bay under the stewardship of then owner Andre Dixon. This, he confessed, was the first real challenge that helped to shape his culinary ingenuity and offered first-hand insight on the restaurant business.

"It was a university for me. It was my first challenge, and helping to build it with my team, to the point where it was number one on TripAdvisor travel site, also helped me to be the best at what I do, which is food," the chef of the year proudly said.

His mother's kitchen spawned a renaissance in chef Jagdath's life, where all he wanted to do when growing up was to cook. After high school, he did apprenticeship at a hotel in Montego Bay before heading off to London to study culinary arts at Westminister College. Chef Jagdath has worked in the United States of America and was one of the first black sous chefs at a top restaurant in Massachusetts.

"The future for chef Jagdath is to open my own restaurant one day and keep cooking great food and leave a legacy for my children," he closed.