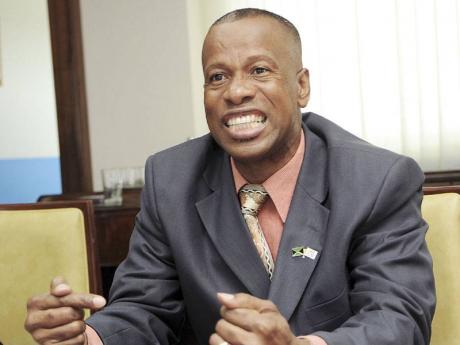 THE PRESIDENT of the Jamaica Independent Schools' Association (JISA), the Reverend Sylvester O'Gilvie, is calling on the Government to make available low-interest-rate loans for schools which are facing financial hardship.

O'Gilvie said that if low-cost loans were made available not only would it go a far way easing some of the pressure on these schools, but it would also help in curbing some of the ills in the public-school system.

"They (the Government) are looking at cutting out the shift system, and they mentioned that they are first looking at available spaces in private schools before they go ahead and build new schools, which will cost the Government far less money," O'Gilvie said.

"With us getting low-interest loans, we can increase our capacity to accommodate more students and work in tandem with the (education) ministry," the JISA president said at a Gleaner Editors' Forum at the company's North Street, Kingston, offices yesterday.

He added that the association is in the process of crafting a business plan to present to the relevant government entity with the hopes that it will give serious consideration to their plight.

"We are hoping that when we take that document, they will not sit down or put it down because the monies are available, and this will not affect the ministry's budget," he said.

The JISA president, who is also principal of Undergrad College in Montego Bay, said while some institutions are willing to issue loans, the interest rates would be crippling for most schools.

"I can get any amount of money from my bank right now, but (with those) rates and to pay back that amount of money over a given period of time, we would be running into serious problem," he said.

In the meantime, principal of Quality Academics, Wayne Robinson, said as a matter of equity, "the Government has an obligation to consider" private schools in matters relating to education funding.

"I believe it is an obligation for the Government to consider us because everybody pays these taxes ... . Some of the parents have no options because of what is happening in these government schools. All we are asking for is that facilitation," Robinson said.