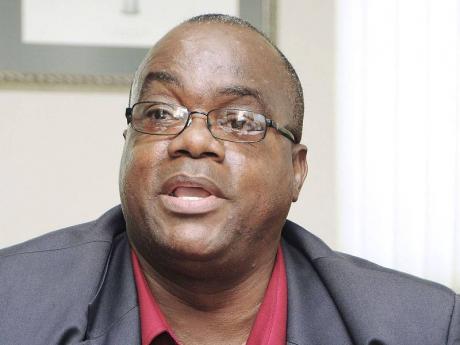 As some private schools continue to face financial difficulties, it is being suggested that some of the institutions merge in order to remain viable.

The Reverend Sylvester O'Gilvie, president of the Jamaica Independent Schools' Association (JISA) and principal of the Undergrad School, said JISA and private schools have been looking at ways to deal with various challenges affecting the viability of several schools.

O'Gilvie and other private-school operators were guests at a Gleaner Editors' Forum yesterday.

Wayne Robinson of Quality Academics also pointed to the possibility of a collaboration between schools as a way to ensure survival.

"There are things that in the day-to-day running of your school you can do. You can consolidate and look at the economic scale and work with that," said Robinson.

The educators say that if the financial woes continue there may be teacher layoffs.

"But in losing their jobs at 'School X', you will probably have 'School Y', a new school, opening up, so they can apply," said O'Gilvie.

"(Vaz is) a typical example of that. We had to be shaving staff because our numbers were falling and we just couldn't keep up with the number of teachers that we had. But then Sheea (Hewan-Brown of Grace Christian Academy) will call and say, 'Do you have a grade-four teacher'? So we do have that kind of interaction."

When asked if they were bad managers of their institutions, Robinson said operations would have to change based on what is happening around them and that skilful adjustments were necessary.

At the same time, the educators say they are open to the idea of partnering with public schools in order to deliver quality education to the nation's children.

"In our proposal to the ministry, we have outlined ways and means in which the ministry, through their government schools, can partner with us and learn some of the best practices that we offer in our institutions. We believe that education should be the business of all," O'Gilvie said.