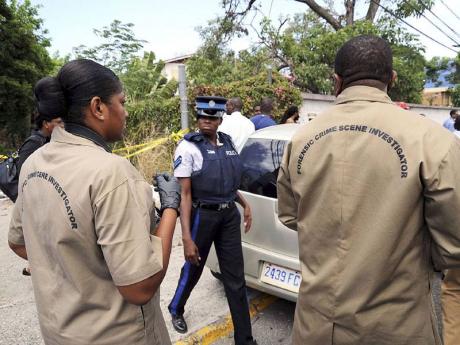 THE POLICE last night were still searching for leads into the death of two men whose bodies were found in an open lot along Trafalgar Road, St Andrew, yesterday morning.

"We are yet to know the identities of the men, the cause of death, or what really happened. We are conducting an investigation into the incident as we speak," a police source told The Gleaner.

According to the police, just after 8 a.m. yesterday, they received reports that two bodies were in bushes in an open lot near the stop light by Lady Musgrave and Trafalgar roads.

On arrival on the scene, they discovered the bodies at different locations in the lot, lying in a pool of blood.

"It appears that people have been living in this lot because we found bedding, tarpaulins, doors, cardboard and cooking utensils. This is an area known to be frequented by drug addicts and prostitutes," one police officer said.