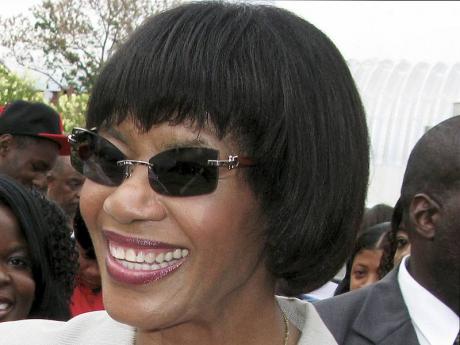 "In the 10-year period between 2000 and 2010, the country suffered estimated losses averaging $14 billion per year or some 2.5 per cent of its gross domestic product," Simpson Miller said yesterday.

She was addressing members of the National Disaster Preparedness Committee at Jamaica House.

She said the loss is "attributed to floods and storms alone, and with so many other disasters that strike, this sum is considerable greater, impacting on our prospects for meaningful development".

The prime minister used the occasion to call on Jamaicans to assist in strengthening the capacity of their communities to become disaster resilient and said while there is a tendency to look to Government, Jamaicans can take measures to manage disaster risks.

She urged communities to take care of their infrastructure and citizens to avoid building their homes in areas close to gullies or on land that is prone to slippage or flooding.

Climate change upon us

In the meantime, Evan Thompson, meteorologist from the Meteorologist Centre, has said global warming could have many negative effects on the island during this hurricane season.

"The temperatures have been increasing globally, not just in Jamaica, and there are some things that we could have seen already this year that would give us an indication of what we should expect," Thompson told The Gleaner.

Thompson was the presenter at a session titled 'An Afternoon with a Scientist' held at the Institute of Jamaica yesterday.

The programme seeks to expose students to the fascinating world of science and its many disciplines.

"Already, we are seeing that prior to the season, we have developments that are actually conducive before the first of June," Thompson said.

He added that on two days in May, temperatures were recorded in Montego Bay, St James "that were higher than we have experienced in that area in May for a very long time".

"The heat is very much upon us in the beginning of June and we are not yet in July, which is considered a much warmer month. We can see that we are starting to get some of the effects of climate change," he added.