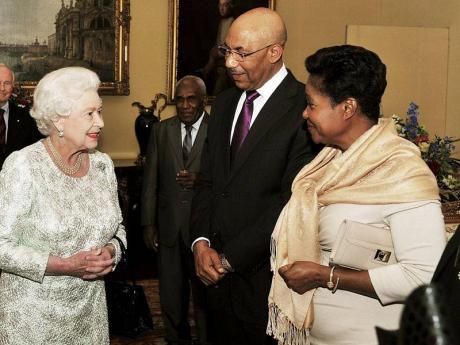 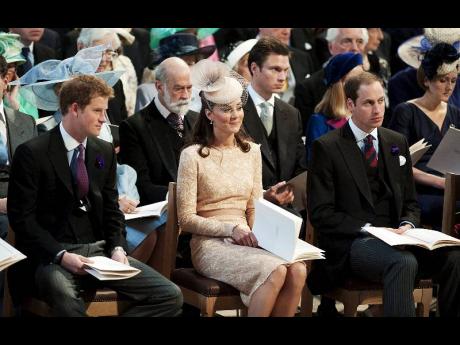 His Royal Highness Prince Harry says he is looking forward to watching Jamaica's Usain Bolt compete in the Olympics set to start in 41 days in London, England. Speaking to Governor General Sir Patrick and Lady Allen during a reception for Commonwealth governors general at Buckingham Palace in central London, for the Diamond Jubilee celebrations, last Tuesday, the affable Prince again thanked the Allens for their hospitality during his March visit and expressed a desire to visit Jamaica again, but for a private visit.

This was revealed by Lady Allen in an interview with The Gleaner upon her return from the festivities. "Prince Harry recognised us with nods and smiles during the church service, then came over to chat with us during the reception afterwards," she said. Lady Allen added that Prince Harry mentioned that he was looking forward to going to watch Jamaica's Usain Bolt run at the Olympics.

The governor general and Lady Allen were among specially invited heads of State from Commonwealth countries at the celebrations. The Allens had a packed schedule that began with their attendance at Sabbath service in Croydon on Saturday, followed by the diaspora meeting at which Jamaica's High Commissioner to the United Kingdom, Aloun Assamba, addressed the large turnout.

"It was good to see Jamaica's flag along the way as we journeyed to the pier for the pageant on the Thames on Sunday. The Commonwealth heads followed closely behind The Queen's vessel. Because the boats conveying the officials were covered, we were sheltered from the constant rain," Lady Allen said. She said she kept thinking of the spectacular scenery they would have enjoyed were it a sunny day. However, in spite of the rain, the crowds were much bigger than that at the wedding of Prince William to Kate last year.

She said the few protesters were far outnumbered by the throng, and the day on the Thames ended at 6:30. This was followed by a reception at Lancaster House and the memorable Queen's Jubilee concert on Monday, at which Commonwealth heads sat in the royal box with the The Queen and her family.

"Everyone received a beautiful wicker picnic basket with goodies for the duration."

On Tuesday, they attended a reception and luncheon and Queen Elizabeth attended all events even though her husband, the Duke of Edinburgh, had to miss some of the festivities after falling ill.

"It was a good trip and a great experience that we will remember for a long time," Lady Allen said.