The region is yet to take advantage of EPA - Tufton 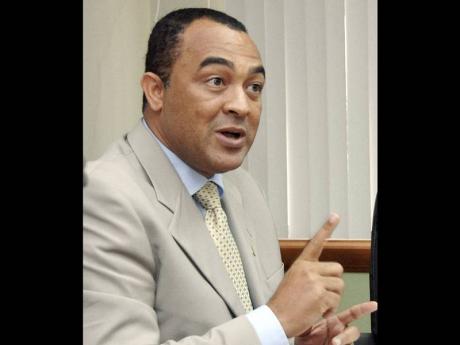 CO-EXECUTIVE DIRECTOR of the Caribbean Policy Research Institute Senator Dr Christopher Tufton has said Caribbean countries must endeavour to do more to transform and advance the economic prospects of their respective countries.

Tufton said this could be done by adjusting more rapidly and radically to changes in the global investment and trade environment and leveraging its strengths through its people and indigenous raw materials to create and protect branded goods and services.

Speaking at the Caribbean Conference on Trade Policy, Innovation Governance and Small State Competitiveness organised by the Shridath Ramphal Centre for International Trade, Policy and Services, in Christ Church, Barbados, this week, Tufton said austerity budgets are becoming the norm in the region and these budgets are geared more towards bridging revenue gaps and not advancing economic growth through innovation and exposure to new opportunities. He said the region will have it increasingly difficult to achieve economic expansion from traditional industries because of the erosion of uneconomic trade agreements that were supportive of the region, but have changed to competition based on efficiency and competitiveness.

Linked to our colonial past

Citing the Economic Partnership Agreement (EPA) signed between CARIFORUM and the European Union in 2008, Tufton said while this agreement offered opportunities to access markets in Europe, the region is still lagging in preparing itself to exploit these opportunities, as it still seems to be attempting to come to terms with the fact that the trade environment has changed away from preferential market access linked to our colonial past.

"We have spent over a decade as a region trying to defend our traditional relations with Europe, and when that failed, we agreed to be part of a new negotiation under the ACP-EC trading arrangement from as far back as September 2002. But even with the inevitable staring us in the face, and over three years after signing on to the EPA, we are yet to be positioned to take advantage of opportunities with this signing.

Citing innovation in services, he said the region is not moving fast enough to expose for profit its cultural industries, its proximity to large and traditional markets in North and South America and Europe for financial services, health tourism, and ICT services.

He said the region's small-island states should exploit their rich heritage and technology platform and education infrastructure to expand service offerings to markets outside of the region.

Tufton said regional governments must be encouraged to do more to provide better market information, providing easier and cheaper access to technology and support legislation to protect the region's intellectual property.