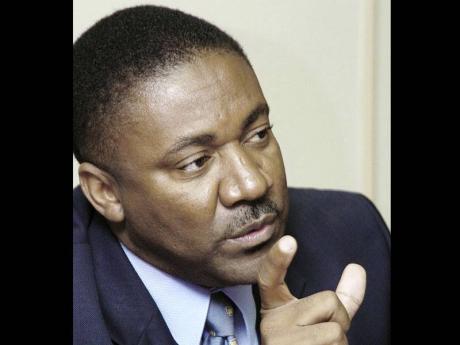 ENERGY AND Mining Minister Phillip Paulwell has said he is committed to addressing the current energy woes by focusing on renewable energy.

Addressing a gathering at the residence of Dr Eugene and Michelle Kholov, owners of a small windmill and solar panels in Parottee, St Elizabeth, the minister congratulated their efforts and said renewable energy must be part of major plans for the policy going forward.

He said the issue of energy must be seen as national priority, noting that there needs to be diversification of energy sources to minimise the dependence on oil.

The minister said he was pleased that the National Housing Trust has agreed to give loans for solar energy, and with the recent announcement from the minister of finance that there will no longer be any import duties or GCT on solar equipment.

"One of the issues that have affected renewable energy from becoming more popular is that before now you could not sell your excess capacity to the grid," said Paulwell.

"However, since becoming minister, we have instituted the net billing system - which will allow JPS (Jamaica Public Service) customers who own renewable energy generators such as wind turbines and solar systems to generate electricity for personal use, or sell excess energy to JPS at wholesale prices set by the OUR (Office of Utilities Regulation)," the minister said.

Paulwell said his ministry has awarded licences to 11 persons and companies to enable them to sell the excess to JPS at prices that "make sense".

He said not one person has been added to the national grid since the granting of licences. "I am warning the OUR and JPS and anybody else who is affecting this great movement from being advanced that as minister I will not put up with it."