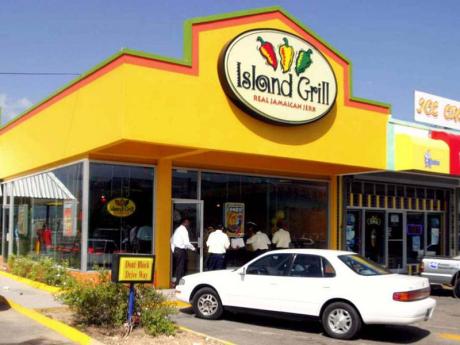 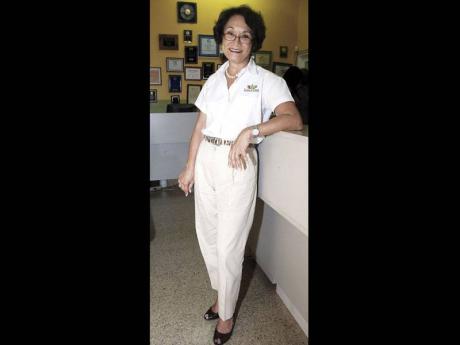 It was not a perfect match at the start. First, she tried ice cream, but while popular, that turned out to be too limited a product for a company bent on maintaining an edge in the food-service market.

So hamburgers were added to the menu - but still there was something missing.

The game changer turned out to be fried chicken.

And it was from there that Thalia Lyn's experimentation with product diversification at her first food company, Dairy Castle Restaurants - which she started at age 25 - eventually led to the creation of a new venture known as Chicken Supreme, and which, in turn, has evolved into jerk joint Island Grill.

As it turns out, Jamaicans will consume spicy food whether made in their own kitchens or at a restaurant.

"Jerk is always the bestseller," Lyn has found, even now that her company is all grown up.

She now operates a quick-food business that spans a network of 15 stores with annual sales above J$1 billion, she told the Financial Gleaner. She plans to double the chain to 30 by 2017, which, in turn, is projected to double group revenue.

The business is owned by Lyn and partners - which include husband and former airline pilot, Michael Lyn, and friend Lenworth McCrae - through a company called Chicken Mistress Limited.

Lyn has been in business since 1971, when her first venture Dairy Castle opened shop. But there have been some detours from commerce into other activities coinciding with events in her family life.

Her first job, which predated Diary Castle, was as a high-school teacher for a short period at her alma mater, Immaculate Conception in 1966-67.

Chicken, the way to go

The Dairy Castle operation was eventually laid to rest when it became clear that the business was not keeping pace with customer preferences and a change in lifestyle where people were eating out more.

"The market evolved," said Lyn reflectively, from inside her Valentine Drive office on a blazing hot Monday afternoon.

"I realised that chicken was the way to go."

With Chicken Supreme, she built a quick food service of five stores with popular offerings of fried chicken and soup. But Lyn still thought she needed a different edge, which led to another round of experimentation - this time with jerk.

It opened up a new world for the business, culminating in the restructuring of the menu and a change of name and identity for the food operation now known as Island Grill.

"We wanted to differentiate ourselves in the market," Lyn said.

So Island Grill added fish to the menu, head and all, as well as festival - essentially copying the fare that Jamaicans consumed with gusto and in throngs at the beach in Hellshire and other food-vending points. It was a hit.

Lyn made an early decision to position Island Grill as a food establishment that looked foreign in design but was distinctly Jamaican in its offerings, in a way that married the love of local food with cultural affinity for things foreign.

On the face of it, such decisions appear to tag Lyn as a risk taker who thinks big, but she paints a very different picture of her evolution into big business as more of a conflation of events.

Island Grill began as a J$4-million investment in a store at Twin Gates Plaza in Kingston that has become the chain's most lucrative outlet.

That acquisition decision to invest now appears prescient, but Lyn said she had to be persuaded into it by Tony Myers, who was closing down business at the location and was selling the space and equipment.

"I don't know if I was thinking big," Lyn told the Financial Gleaner. "Tony gave us the opportunity; I wouldn't have looked at a location like Twin Gates and say I wanted to open a restaurant."

Lyn said Myers held some of the debt as part of the deal, and that she had to turn to her father to guarantee the first loan to finance the acquisition.

Today, Twin Gates continues to outperform other stores and at one point before the recession was selling up to 1,000 meals or ticket sales per day during the work week and up to 2,000 per day on the weekends, she said.

Comparatively, Lyn said that sales across the chain are now averaging 472 tickets per store, and even while Island Grill is doing well at holding 'food and paper' costs to the 44 per cent of revenue that the company aims for, its net profit margin will not meet the eight per cent target she said was initially set for this year.

Island's Grill's most obvious rivals are other quick-service chains such as KFC and Burger King, but Lyn said she and other fast-food sellers are increasingly facing competition from a growing market segment.

"The Chinese restaurants are giving quick-service chains a run for their money," said the Island Grill CEO. "They are now proliferating in towns because family is helping other family members set up business."

The Chinese families, she said, keep their start-up costs low by sharing equipment and expertise.

Inside Sovereign Centre, for example, Island Grill competes with Yao's restaurant, Japanese food outlet Little Tokyo, KFC, and Bickles which does traditional Jamaican cooked meals. Lyn said her store inside the Sovereign food court has to do at least 500 ticket sales per day to pay for itself.

The decline in disposable income and the rising competition have forced Lyn to think more strategically. When lunch traffic per customer fell from three days per week to one day, Island Grill came up with the Yabba meal as a cheaper alternative to the chain's hot-selling 'Satisfaction' combo meal, and a 'soup and festival' combination as an alternative to patties.

A few weeks ago, Lyn took it a step further with the introduction of lunch box specials.

Lyn did not provide much detail on the company's financial strength though she said Island Grill is consistently profitable. At the targeted eight per cent net margin, the company would have been projecting profits of more than J$80 million, based on the "over J$1 billion of revenues" that Lyn said Island Grill generates annually.

Chicken Mistress' annual returns for 2011 discloses just J$6 million of debt. There was a point years ago, however, when Island Grill almost went bankrupt as it was trying to expand, said its CEO.

"Luckily, I didn't have a lot of debt." And, she was able to negotiate with creditors for time to clear the company's obligations.

As a result of that scare, Island Grill relies heavily on cash resources and does not run an overdraft.

"I even kept the bank statements as a reminder," she said of the scare, which occurred in the earlier phase of the chain's evolution.

Island Grill's current five-year expansion plan has kicked off with the creation of a commissary to centralise some operational functions at the company's headquarter's on Valentine Drive. The complex includes a 12,000-square-foot kitchen where all meats are prepared and seasoned for delivery to restaurants for cooking, as well as storage and processing operations.

A mobile Island Grill wagon - which will eventually be replaced with a full-fledged store - was also installed at the University of Technology Jamaica, adding 20 jobs. The commissary, which is supposed to free staff at the restaurants to concentrate on serving customers instead of food preparation, created another 34 positions.

The hires place the current staff complement above 500 employees, and another 100 jobs are likely to be created from the new restaurants to open this year at UTech, downtown Kingston and Savanna-la-Mar, said Lyn.

The creation of the processing and distribution hub is comforting to Lyn for whom the standardisation of Island Grill's products in quality and taste has "taken 21 years to perfect," she said.

Island Grill's supply partners include Walkerswood and Tweedside for seasonings done to specifications; and Jamaica Flour Mills, which produces the festival mix from a recipe created by Island Grill. Chicken is bought locally from poultry producers and produce from farmers. Lyn says she mainly imports French fries.

There is still another phase of Island Grill's evolution to come: a more focused programme of expansion overseas, which could happen in the next two years.

At 66, Lyn does not see herself retiring, but she still mulls the issue of succession, especially since her children reside abroad and have their own interests.

"I would love to think family will take it up," said Lyn. "Maybe my grandson will take over; he's 15," she said whimsically.