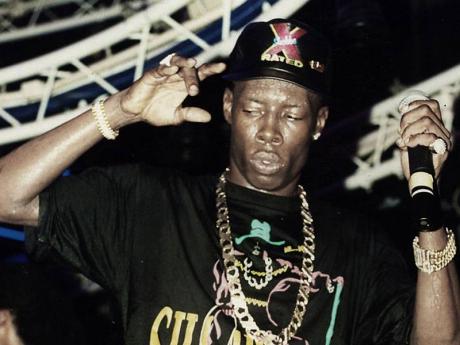 Grammy award-winning Jamaican deejay, Shabba Ranks, has been confirmed for the 20th staging of Reggae Sumfest.

The performer, having appeared at the second staging of the festival in 1994, is coming back to the Sumfest stage after an 18-year break.

The 'lover man' revolutionised the Jamaican music industry, permanently etching his songs into the hearts of his listeners.

Some of Shabba's hits include Ting a Ling, Wicked Inna Bed, Mr Loverman, Peeny Peeny and Live Blanket. He led the craze of dancehall and reggae-styled rap in the 1980s and 1990s throughout Jamaica and the United States, and became the first reggae artiste to win a Grammy Award.

Known for his sexually explicit lyrics and groove, Shabba became a pioneer of Reggaeton, having done the single Dem Bow, from which the first songs from the genre were formed, and also acted as a flagship for American rap. He has collaborated with rappers, R&B musicians, and other reggae artistes, among them KRS-1, Queen Latifah, Eddie Murphy, Cocoa Tea and Maxi Priest.

Now the owner of Emperor Ranks Entertainment, the artiste began as early as age 12, having been inspired by deejays he was close to like General Echo, Brigadier Jerry, Yellowman and Josey Wales. He then linked with the Roots Melody Sound System with Admiral Bailey.

It was then that he recorded his first single in 1985 called Heat under Sufferers Feet under the alias 'Co-Pilot'.

The Sumfest massive is ready to re-embrace this dynamic dancehall trendsetter, as he paved the way for popular crossover artistes like Sean Paul and Shaggy.

Adding to the list of the pioneers that have graced the Reggae Sumfest stage, Shabba Ranks' warm dancehall flavour is expected to turn on the flame of the Sumfest stage.

Shabba will be headlining on the same night as Trey Songz, who was only just confirmed this week. R. Kelly will follow the two on the following night.

Reggae Sumfest, in its 20th year, will celebrate Jamaica's 50th year of Independence with a musical journey through the decades.

In addition to a vibrant musical experience, fans may expect to indulge in various products of Jamaican cuisine and Jamaican art pieces.

Reggae Sumfest is sponsored by Digicel, Red Stripe, Iberostar, Jamaica Tourist Board, The Gleaner Company Ltd and Pepsi, and will take place in Montego Bay from July 15 to 21.