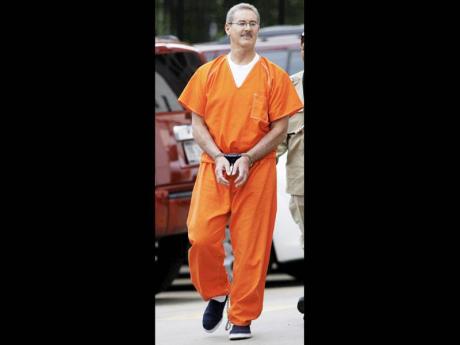 United States (US) district judge David Hittner yesterday said Allen Stanford's actions were among the most "egregious criminal frauds" and sentenced him to 110 years behind bars.

But Stanford, the former jet-setting Texas tycoon, whose financial empire once spanned the Americas, has denied ever running Ponzi schemes.

"I'm not here to ask for sympathy or forgiveness or to throw myself at your mercy," Stanford told US district judge David Hittner before he was sentenced to 110 years in prison.

"I did not run a Ponzi scheme. I didn't defraud anybody."

Stanford, 62, was sent to prison for bilking investors out of more than $7 billion over 20 years in one of the largest Ponzi schemes in US history.

Ali Fazel, one of Stanford's attorneys, said he was disappointed with the sentence.

"It's a harsh punishment. It's tough on him," he said. "He feels like he didn't do anything."

Prosecutors had asked that Stanford be sentenced to 230 years in prison, the maximum sentence possible after a jury convicted the one-time billionaire in March on 13 of 14 fraud-related counts. Stanford's convictions on conspiracy, wire and mail fraud charges followed a seven-week trial.

Stanford's attorneys had asked for a maximum of 41 months, a sentence he could have completed within about five months because he has been jailed since his arrest in June 2009.

Angela Shaw, a Dallas-area woman who founded the Stanford Victims Coalition and spoke during the hearing, said while she had hoped the financier would receive the maximum sentence, she was more upset that Stanford didn't apologise in court for what he did.

"It would have gone a long way to show there is some level of remorse and some measure of humanity," she said.

Hittner also ordered Stanford to forfeit $5.9 billion, but that was mostly symbolic because Stanford is penniless.

Yesterday, Stanford gave a rambling statement to the court in which he denied he did anything wrong.

Speaking for more than 40 minutes, Stanford said he was a scapegoat and blamed the federal government and a US-appointed receiver who took over his companies for tearing down his business empire and preventing his investors from getting any of their money back.

"They destroyed it and turned it to nothing," he said. "I am not a thief," he insisted.

Prosecutor William Stellmach chastised Stanford for his lack of remorse for defrauding thousands of people of their life savings.

"To the bitter end, he was a con man and a coward," Stellmach said during the hearing.

Stanford was once considered one of the richest men in the US, with an estimated net worth of more than $2 billion. His financial empire stretched from the US to Latin America and the Caribbean.

He bankrolled a regional 20/20 cricket tournament, which was named for him.