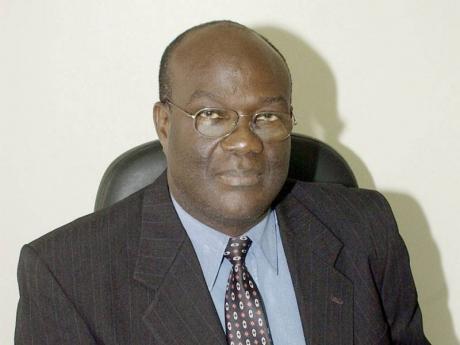 SOME MEMBERS of the Human Resources and Social Development Committee of Parliament appeared to have read the last rites for the Office of the Political Ombudsman.

Government MP Joylan Silvera told his colleagues during yesterday's sitting of the committee that the tenure of the political ombudsman had "come to an end".

"It is the final chapter," Silvera said of the office.

"If it comes to a vote or debate, I would absolutely sit on the side to say it's the final chapter of the political ombudsman," the West St Mary MP said.

But arguing for the retention of the office, Central St Catherine MP Olivia Grange warned committee members to be careful in their comments.

"I personally, as a member of parliament, have benefited and many lives have been saved as a result of this institution," she said, arguing that the office should be given wider terms of reference.

"It should not be treated as something that should be disbanded," Grange maintained.

Grange even got into hot water by accusing some committee members of having an "agenda" in wanting to scrap the office.

Chairman of the committee, Rudyard Spencer, asked that the comment be struck from the record.

However, Grange, in a sotto voce comment, said she would not withdraw the criticism that some members had an agenda.

The committee is considering a private member's motion moved by South West St Catherine MP Everald Warmington who questioned the relevance of the Office of the Political Ombudsman.

Campbell said he was yet to be convinced of the relevance of the office at this time which was costing the taxpayers over $18 million per annum.

"One hundred and fifty-eight complaints for 2011? So, essentially, you have paid $18.6 million per year for a five-year period for an office that will review 158 complaints," he said.

"I suggest that this office be subsumed under the ECJ (Electoral Commission of Jamaica) and allow persons to make these complaints to the police or the ECJ."

Committee member Richard Parchment proposed that a non-governmental organisation, such as Citizens Action for Free and Fair Elections (CAFFE), could take on the role of the political ombudsman voluntarily.

"I think that we should lead a discussion in an area where we could find a voluntary organisation who could perform the role of the ombudsman so that we could save more than $10 million per year," he argued.

Meanwhile, Spencer said there was a time when the country needed a political ombudsman. He argued that "whether or not we need him now is questionable".

"I don't want us to forget that we really passed through a rough time when he was the only person who could make peace, whether or not it is absolutely necessary to have him now is another question."