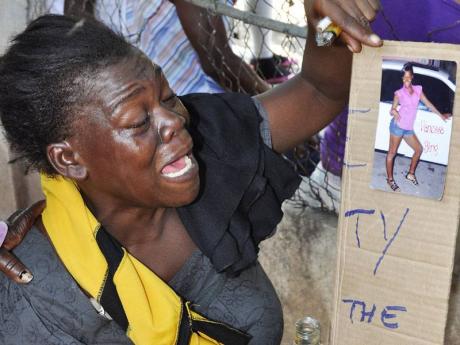 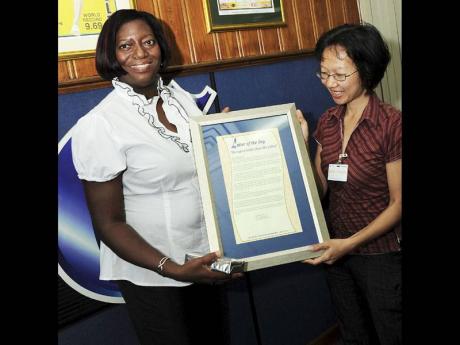 When Immaculate Conception High School student Vanessa Kirkland was shot and killed by the police on March 20, something stirred in Theresa Givans.

That feeling pushed her to do as she had done many times before, write a letter to The Gleaner.

Her piece was headlined 'We expect better from the police' and it not only won Letter of the Day on March 26, it also gained her the Silver Pen award for the best letter in March.

Givans was special guest at The Gleaner's board luncheon at the company's head office yesterday. She expressed surprise that she won, admitting that when she was notified, she didn't immediately remember what the letter was about.

"Sometimes you think about these things but you don't necessarily say anything. I don't know what compelled me, I just decided to write this time. I felt strongly about it and thought it was important," she said.

In her letter, Givans admitted that the police had a tough job but "shooting with impunity simply cannot be the answer for a civilised society".

Her letter called on Jamaicans to demand more from the police, saying they should "aim to arrest, shooting only self-defence, so that the courts, and not the police, give the final judgment".

"I don't think these are things that can change overnight," she said. "I think these are cultural things and they're going to take a long time to change. Maybe when more people talk about them, hopefully, there will be some change in the future."

Unsure of willingness to change

She said it was hard to say if there was more willingness to bring about this change.

"I do think that there are a lot of people who do agree and I think that the more people in society who feel a certain way, the more there is a tendency that things have to go that way."

When asked what she has been doing to make a difference, Givans said, "I guess the only thing you can do is speak out about it."

In her letter, Givans also said the oft-maligned Jamaicans for Justice (JFJ) was misunderstood. She reiterated that sentiment.

"The complaint is always that they only stand up for 'certain' people, and people always say when persons get shot and killed by 'normal' citizens, why don't JFJ stand up and talk about that? I think it's a misunderstanding. I don't think it's a reflection of those lives being less or the outrage being less," she said.

"There is a police force and there is a law and this is what they (the police) are supposed to do. They're supposed to go after criminals. But if the police and the criminals are one and the same, then who goes after them? And that is the difficulty and the problem that JFJ is trying to address."

Kirkland was killed by members of the JCF on Norman Lane in Kingston.

The police say that Kirkland and five other people were travelling in a Suzuki Swift motor car when, on reaching the birthday party they were to attend on Norman Lane, they were approached by a team of police officers.

The police said the car was used during a robbery in Portmore and they had tracked the vehicle to the location.

Residents disputed the police version of the story, and the incident contributed to National Security Minister Peter Bunting's demand that the police review its use-of-force policy.

"All of us have been deeply affected by the recent death of Vanessa Kirkland, an intelligent, happy, popular 16-year-old schoolgirl with her whole life ahead of her. I have no doubt that she would have gone on to be a credit to her family, her community and this nation. The review of the JCF's policy on the use of force is only one of a number of reforms that are now under way," Bunting said in the House of Representatives in March.