Sports tourism a hidden gold mine in the Carib - Beckford 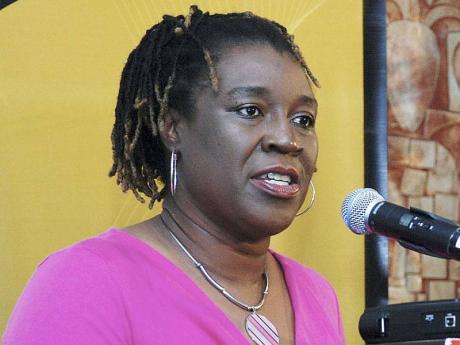 SPORTS TOURISM expert Carole Beckford has said the time is ripe to leverage the mysterious allure of the Caribbean by marketing the region as a sports tourism destination.

"Use Caribbean locations to sell the region's mystique, bold behaviour, and warm hospitality," she encouraged agents and tourism officials alike.

"It's not the Burger King and McDonalds franchises that attract people to the Caribbean, rather the yam, bananas, dumplings and curried chicken," she argued, adding that the performance-driven personalities of the region and their culinary habits were also appealing to sports tourism travellers.

Beckford, president of The Business of Sport-Jamaica, revealed that at least 450 elite Caribbean athletes were featured on television year-round - from Jamaica's Bolt to the US Virgin Islands' basketball superstar Tim Duncan. She posited that greater success could be achieved if "we sell the history of the Caribbean athlete to the curious tourist".

Studies, she said, showed that 12 million sports tourism trips are made each year, a niche which represents 14 per cent of the global travel and tourism market. Growth of six to 11 per cent is projected over the next 15 years for a market which features some of the highest spenders in the world.

The sports consultant and journalist counselled the Caribbean to leverage its diplomatic connections to bring international star players and their respective entourages to train in a region brimming with sports stars.

Beckford proffered that sports should be teamed with the creative industries of film and fashion. "The entire creative sector when bundled with sports can sell the region," she advised.

Citing the geographic location of the Caribbean, Beckford said half a billion people lived within a four-hour flight of the region, so it was pivotal to use our great sporting legacy, world-class venues, top-class accommodations, technically capable officials, great telecommunications, and the media's love of the region as factors to energise the sports tourism marketing thrust.

The Indians and the Chinese are the biggest global spenders in this niche, and as such, she added, cricket events should be designed and scheduled to attract more South Asian visitors to the Caribbean.