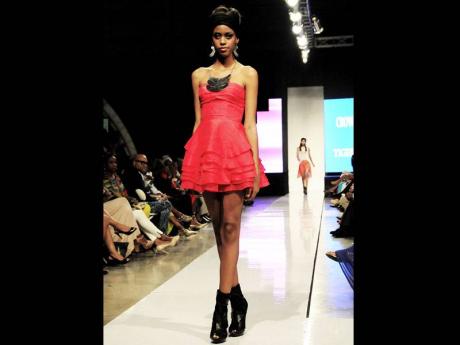 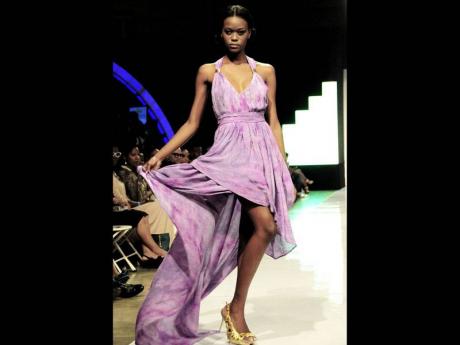 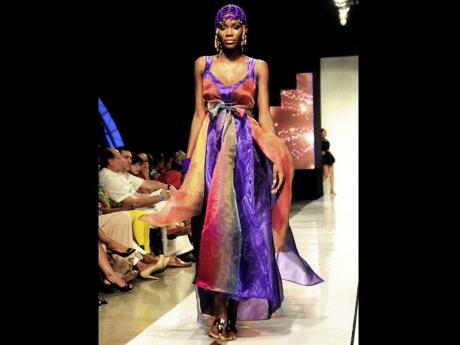 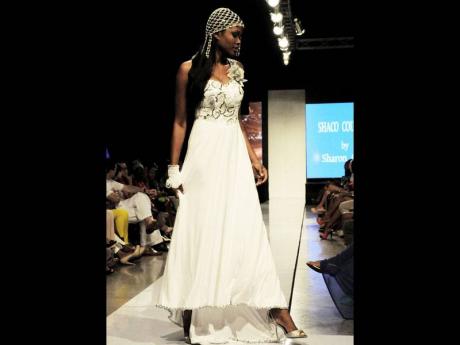 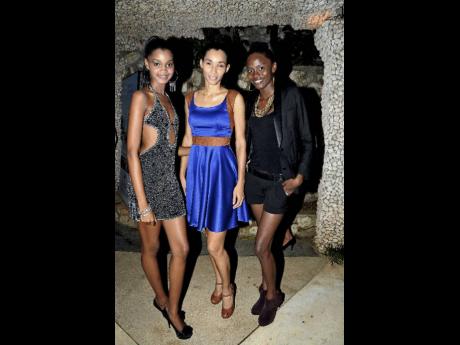 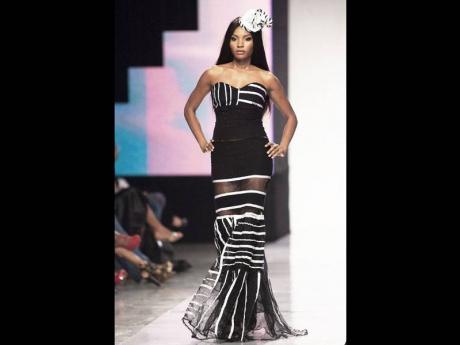 Dears, some things really get better with age. And one such thing is the Pulse-founded and promoted Caribbean Fashionweek (CFW), as evidenced by the 12th annual staging of the region's premier fashion event that climaxed on Monday with a fabulous wrap party at the ultra-fab Villa Ronai, in salubrious Old Stony Hill.

Dears, Pulse has long been the creative pulse of the fashion industry, in that in its three-decade-long history, the Kingsley Cooper-led organisation has been front and centre of spotting and promoting Jamaican modelling talent and exporting it to the major fashion centres of the world. As the pool of modelling talent developed and expanded beyond the island's shores, the need to cement the umbilical cord between the designers and those who showcase their creations became even greater, and so Caribbean Fashionweek was born.

Now, the Jamaican fashion industry has always been alive and kicking, and historically the island has always been replete with fabulous seamstresses and bespoke tailors who were the front-runners to the generation of designers such as Josie Buchannan, Daphne Logan, Ivy Ralph, Annie Lopez, Frances Keane, Rupert Edwards et al; and models such as Marguerite Kirkpatrick, Sheila Hylton, Christene King, Bev Corke, Audrey Burgess-Barakatt, Marsha Chin, Michael LeRoi, Glen Kaisse, Weston Haughton, and others - who all electrified stages with their creations and presence. But most Jamaicans were largely unaware of what was happening in other Caribbean territories.

Enter Caribbean Fashionweek, and Kingston was truly the gateway to Caribbean fashion, and the crossroads of the region.

Indeed, the 12th staging of CFW saw the creative fusion of the region, as designers and models from the region and diaspora came together in a nightly parade of fashion and musical entertainment that climaxed in after-parties in the city's hottest nightspots, that facilitated an even greater cross-fertilisation and commingling of ideas, talent, and perspectives that made CFW 2012 a truly participatory outing and a celebration of the region's people, talent and creative resources!

Luvs, from its opening salvo of fabulousness at the Spanish Court Hotel on Thursday evening, the show moved to the National Indoor Sports Arena on Friday night, where fashionistas and ingénues, partied in-between the designs and performances by Trinidadian entertainer Shurwayne Winchester and Konshens, with both performers simply rocking the house.

In-between the designers presentation, and sips and spills at the Appleton Party bar; and the parade of the exotic and ridiculous offstage fashion show by patrons, Arlene Martin's Drenna Luna line was clearly the Star Designer of Friday night, and little wonder as indeed her Drenna Luna line was a showcase of elegance and relaxed clothing. Clearly couture, but aesthetically accessible, and purposefully glamorous and yet bereft of the pretentiousness that is associated with couture creations.

Louise Graham, for the Louise Graham Collection, proved a designer to watch and can be expected to flower into regional and international designing stardom.

Curiously, however, the collections shown by fashion hopefuls on Mission Catwalk were for the most part lacklustre and quite droll. Devoid even of imaginative flair that one would expect from such aspirants.

But what made the Mission Catwalk collections of Friday evening abysmally awful was the fact that Janel Jolly - for Jae Jolly, who was eliminated from the Mission Catwalk, the inference here, she was adjudged an inferior designer by the process of elimination, but who showcased her collection on Saturday evening and, comparatively speaking, proved a superior designer by far to those who showed on Friday!

Anyway my dears, such is the politics of fashion!

But still speaking of Saturday: Sonia Noel, out of Guyana, definitely one to watch; Tigerlily Hill, for Crown Atelier, proved an outstanding designer, and a Caymanian designing diva; Meiling is still le grande dame of Trinidad; her countryman, designer Saleem Samuel's Male Collection, definitely one of the night's buzz factors. Jackie Cohen for Mutamba is heads and shoulders above her would-be contemporaries. Her avant-garde threads as easily accessible as her more traditional offerings. But Cedella Marley's High Tide and Puma Olympic Collection definitely were show-stealers; with entertainer Cham and international sensation Estelle repping so fine and fab, that's definitely another story for another time and place!

And dears, if that's true (and it is), of Cham and Estelle, then it's doubly so for Sunday night's star act, the incomparable Brian McKnight. But dears, in one word, the multi-talented performer was awesome, with the Jolly Boys failing to live up to the hype, but were steady and appreciated!

And for those of you who missed it, the high-pitched screams, moans and groans that greeted and punctuated his performance by the female audience provided awesome testimony to his talent and sex appeal!

And as for the fashion, Sunday night was clearly a clash of the stars, with Ashley Martin For Attitude capturing the very essence of high-glam, the sensual, and haute contempo-style in a collection that showed verve, nerve and fashionable daring!

Dears, as is made implicit by its name, the Ashley Martin Collection was all about 'Attitude' and dovecakes, it showed!

Juliette Dyke's Julan Collection won rave reviews and praises. Trinidadian Robert Young, for The Cloth, proved a fabulous collection, the unorthodox choreography, however, proved a distraction; The Jewellery Collection by Atelier Dore provided another wow factor; while Gavin Douglas was in a way iconoclastic; Mushroom Bikinis titillated; Nell Robinson's designing debut for her Bang label was a welcomed designing intervention; and Summer Jarrett's KAJ Collection was another fabulous debut!

Now, truth be told, for the most part many of the designers failed to rise to the occasion. The entertainers, on the other hand, were banging. And while some of the models were equally tepid, guest model Justin-Luciano Rice-Moore, the Brazil-born and bred artist-turned-model, now walking out of New York, Leon Carpenter and Akeem Kerr were among this year's better walkers.

And then there were the after-parties!

On Friday, it was all about hobnobbing with the hot models and fab designers at the after-party at Studio 38. On Saturday, Fiction was the place to be and be seen mingling with the hot crowd. But on Saturday, fashionistas and profilers were scrambling to make the shortlist for the Club Privilege After-Party, and it made for one fabulous outing, with Brian McKnight himself attending.

On Monday, however, it was all about Villa Ronai for the season-ending party, and luvs, how! Suffice it to say that the world and his wife were to be found at the tres chic Villa Ronai, where partying was the order of the occasion, and nothing but!