Stir it up! Rum and Rhythm party rocks Manhattan 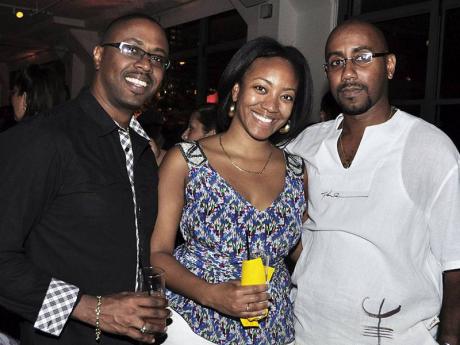 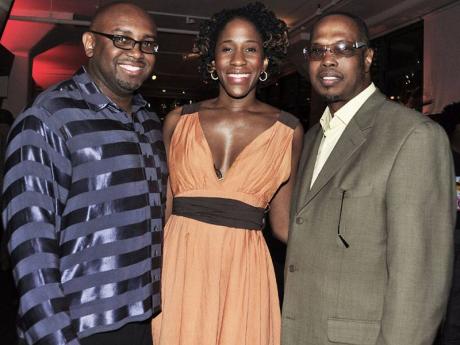 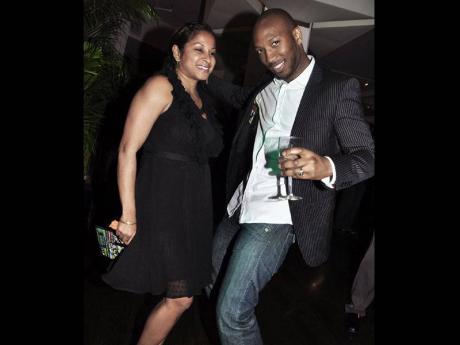 Rhea Smith and Ricardo Blackwood getting into the Rum Party rhythm. - Photos by Janet Silvera 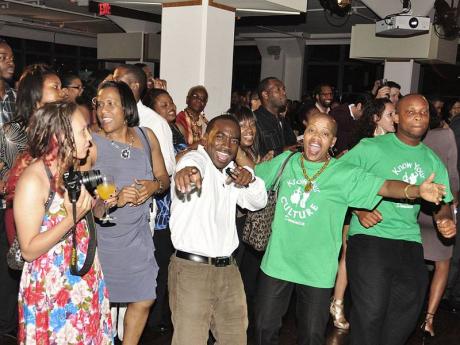 Pulsating rhythm, rum and spicy jerk. What more could be added to make a party swing? The Caribbean Tourism Organisation's (CTO) Rum and Rhythm benefit party in New York last Friday had all these ingredients.

Add Dominica's 'Know Your Culture' group and the Cayman Island's blazing sound of music, the CTO presented what they promised would be a celebration of sights, sounds, vibrancy and culture of the region at the trendy Tribeca 360, downtown, Manhattan.

Delivering on that promise, the bartenders from the islands of the region 'stirred it up', offering an insider guide to the ultimate flavours of the Caribbean.

But, the rum and food were merely aspects of a fund-raiser that saw the CTO Foundation, a charitable organisation which provides scholarships to Caribbean nationals, auctioning off some of the most enticing vacation packages to the isle known for sun-kissed sands, romance, vibrant cultures, eclectic cuisine, pulsating rhythms and quintessential experiences.

In fact, the evening highlighted the diverse cultures of the Dutch, English, French and Spanish Caribbean, all in one location.

Patrons who were out in their numbers confirmed this was the best finale to a week that encapsulated meetings and seminars for ministers of tourism, directors of tourism, national tourist office representatives and other key tourism and hospitality officials from around the Caribbean.

The week of activities also promoted unique vacation experiences to consumers at a day-long event at New York's celebrated Grand Central Terminal as well as an annual Media Marketplace which drew travel writers from across North America to the Marriott Marquis in Time Square.