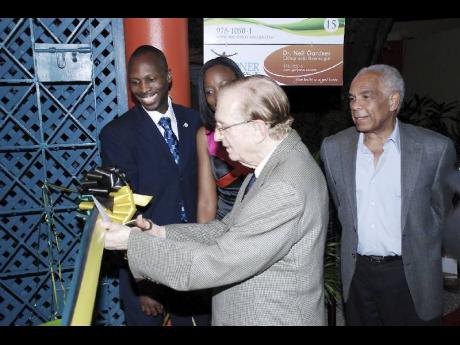 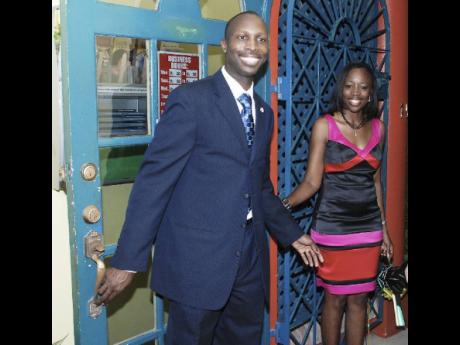 Dr Neil Gardner and wife Carolyn are ready to welcome guests to the official opening of their Gardner Chiropractic and Neurology Clinic, 1 Braemar Avenue, New Kingston. 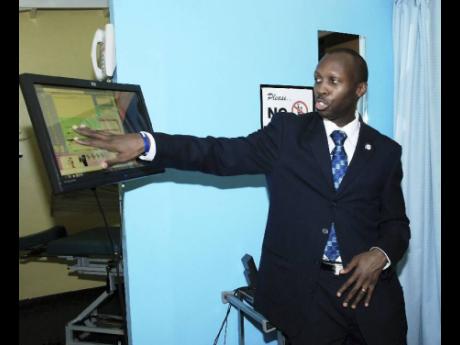 Dr Neil Gardner explains aspects of his work during the tour of Gardner Chiropractic and Neurology. 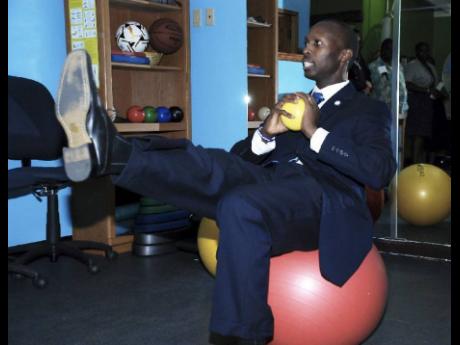 Dr Neil Gardner, chiropractic neurology specialist, demonstrates one of his techniques at the opening of his Braemar Avenue practice in New Kingston. 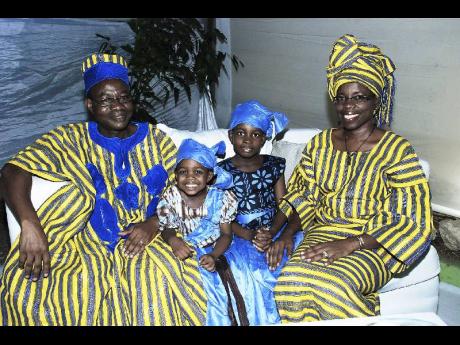 From left: Raheem Ogunde, Olukemi Ogunde, Olufunke Ogunde, and Diahann Ogunde show off their African style at the opening. 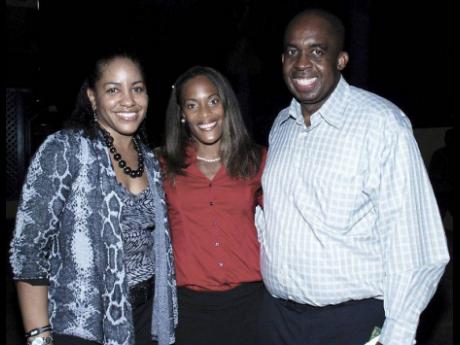 From left: Avril Leonce, Brigitte Foster-Hylton and husband Patrick pose for the camera.
1
2
3
4
5
6

Thursday, June 7 saw the opening of Gardner Chiropractic and Neurology, 1 Braemar Avenue,New Kingston. But the journey to that official opening began a long time ago for Dr Neil Gardner and wife Caroline.

Born in 1974, Gardner had a colourful athletic career in which he specialised in the 400-metre hurdles event. He has participated in local and international track meets, such as the Inter-Secondary School Sports Association National Boys' Championships, CARIFTA Games, CAA Outdoor Championship and the 1996 Olympics. Gardner is ranked sixth among Jamaican 400-metre hurdlers of all time and winner of the 2011 Courtney Walsh Award for Excellence.

The ebullient Dr Gardner, who spoke with The Gleaner recently, said he did not set out to be in the field of chiropractic neurology, rather, "It chose me," he said, chronicling the interesting story of his introduction to the exciting field.

"I was stricken with tremors in my hands during childhood, a bad thing for someone with dreams of becoming a surgeon," he opined. But as the years progressed, his athletic prowess came to the fore and culminated in a track scholarship to Michigan University. During his pre-med years, he was one of a group of students who witnessed the 'putting down' of a monkey.

"They decided to harvest the monkey's good organs so it was anaesthetised, but its eyes remained open throughout. It seemed as if the monkey was staring directly at me, and when its chest was cut open and heart removed, those eyes seemed to to be pleading with me for help," Dr Gardner recalled. He said he felt the room go dark and was about to pass out when someone saw his dilemma and took him away in time.

"I realised then that I couldn't do medicine, so I switched my major to biochemistry in my junior year."

Armed with the degree, subsequent soul searching for the reason behind his choice of major led to teaching. When he returned home in 1998, Dr Gardner taught mathematics at Wolmer's Boys' School. In 2006, he was offered a scholarship to study chiropractic. His research into the then-unfamiliar subject made him realise it was exactly what he was meant to do.

"I had, over the years, developed extraordinary skill with my hands, doing massages and, coupled with my passion for service, it was all preparing me for chiropractic," Dr Gardner said.

Two years later, he completed his degree, topping his class with a 4.0 grade-point average.

To date, he has seen success in his work and, with more than 600 patients treated, the practice is growing. Using the spine as a tool to stimulate the nervous system to its highest level of functioning, he treats a range of conditions. Patients come to him from all over the island and he wants people to know chiropractic should not be the last resort.

"I treat people non-medically," he noted, explaining that he is not trained in pharmacology or toxicology, so he does not prescribe medicine. His methods include vibration therapy, cold-light laser, neuro-muscular re-education and olfactory stimulation. He is also capable of treating someone who suffers from sinusitis caused by dysfunction in the cervical spine, headaches, vision problems, hearing disorders, coughs, asthma, memory loss, attention deficit hyperactivity disorder, dementia, and memory loss linked to whiplash or concussion.

The former track star was asked to gauge Jamaica's chances at the upcoming Olympics. He said we have excellent talent but there have been too many injuries to date. "They have to select the best support unit ever, or they will be at a disadvantage. When I see the team selected, I will be able to make a better judgement," he said. However, he cautioned that with its talent pool, "Jamaica is now running with a target on its back. Many people are doing covert things here now to find out our secrets. They want to know why we are running so fast. Many things went right for us in Beijing, I hope they do the same in London."