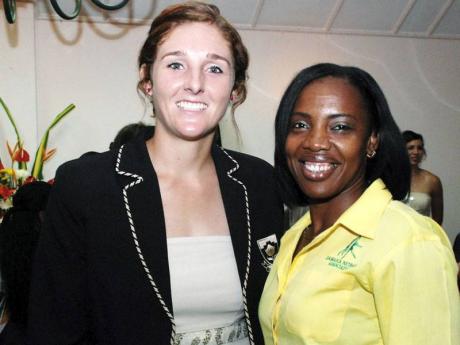 A youthful but confident Sunshine Girls team will take on South Africa today in the opening match of their three-Test Jamaica Netball Association (JNA)/Supreme Ventures Sunshine Series at the National Indoor Sports Centre starting at 7 p.m.

The fourth-ranked Sunshine Girls team will be captained by veteran player Nadine Bryan. Also in the squad are four members of the team which outclassed the sixth-ranked South Africans 72-45 in their last meeting at the World Netball Championships (WNC) in Singapore last year.

Those five are the experienced players. The rest are members of the Under-21 squad along with players who are involved in the local JNA Divisional Leagues.

Oberon Pitterson-Nattie, coach of the Sunshine Girls, said the team has worked very hard in training in preparation for a tough series.

"We are ready as we can be," said Pitterson-Nattie. "They have to just go out there and execute and I think if they do that and make the adjustments when necessary then they will be successful," she said.

Pitterson-Nattie also stated that the girls recently completed a gruelling one-week training camp, which was aimed at preparing them for whatever they may encounter during the series.

"They enjoyed it and they knew that it's about them coming out of their comfort zone and being able to adjust to whatever situation is thrown at them," Pitterson-Nattie said.

On the other hand, Proteas' coach Elize Kotze said they will be banking on an experienced roster, which features eight players who participated at the WNC last year, to lead them to a series victory.

"We are definitely looking to improve on our performance from the World Championships and our loss at the FastNet against Jamaica," said Kotze.

"We are hoping and we have worked very hard to make it a positive outcome so that we can go back home feeling very proud," Kotze said.

Kotze said the series also provides an excellent opportunity for her team to cut the gap on the number four-ranked Jamaicans.

"It is important for us to do well and to see how we are progressing towards the top four," she said. "It is time that we compete effectively and successfully against teams like Jamaica, England and the other top two teams in the world."

The second match will be on June 17 and the final match in the series is set for June 19.