Gibson: We must go out and play well 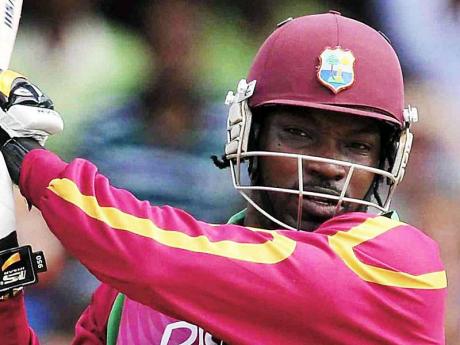 The Caribbean side has welcomed back talismanic opener Chris Gayle, along with all-rounders Dwayne Bravo and Kieron Pollard, and mystery off-spinner Sunil Narine, making the 15-man squad a strong unit.

But Gibson said while he was pleased with the players who had returned, he stressed that West Indies still needed to execute on game day.

"I don't think you can go away from home and count yourself as favourites. Like I said, I believe that we've got some good players back now, we've got a very strong team on paper but it is about going out and executing," Gibson told reporters here yesterday.

"We will be planning well over the next couple of days for England and looking to do the right things, sticking to the basics as always and trying to win this series.

"We haven't won a series away from home for a long time. We last won in Bangladesh so this will be a good test for us and a good opportunity for us to see where we are as a one-day side.

"We've had some success against Australia. We played quite well and probably should have won that series at home so this one is a good opportunity for us to get stuck in."

West Indies will be anxious for success, especially after their disappointing performance in the three-Test series where they went down 0-2.

They were beaten by five wickets at Lord's and then crushed by nine wickets at Trent Bridge inside four days to concede the Wisden Trophy again. The last Test ended in a no-decision after rain washed out three days.

Gibson said while the Test side was void of experience, the one-day unit was one that could challenge England.

"At the start of the Test series I said that the one-day series probably presents us with our best chance of success, and we still believe that.

"With all the new players arriving, plus the way we have played all summer, the way we have fought but not really achieved much in the way of winning, we believe we have got a real chance to win not just a game in this series, but this series."