Fudadin, Powell to strengthen Windies 'A' 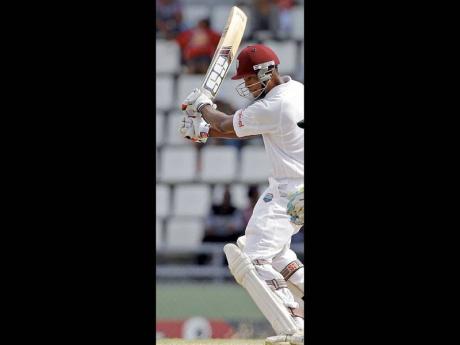 West Indies 'A' have been strengthened ahead of the third and decisive four-day Test against India 'A' with the inclusion of the Test duo of Kieran Powell and Assad Fudadin.

Both players returned this week from the tour of England with the senior side and have been immediately drafted into the 13-man squad for the contest at the Beausejour Cricket Stadium starting tomorrow.

Powell played all three Tests, gathering just 71 runs from five innings, but was good enough to get a fluent century against England Lions.

Fudadin, meanwhile, debuted in the rain-hit last Test at Edgbaston, scoring 28 in his only innings.

The two left-handers will join an upbeat 'A' squad which levelled the three-match series in St Vincent earlier this week with a comprehensive 125-win on the final day.

India 'A' won the opening match by two wickets at Kensington Oval in Barbados.

Meanwhile, president of the West Indies Cricket Board, Dr Julian Hunte, has hailed Billy Doctrove as an outstanding servant of regional cricket and one of the leading regional umpires.

"It is with a mixture of regret and pride that I offer best wishes and sincere gratitude and thanks to Billy Doctrove on his retirement from international cricket umpiring," Hunte said.

"Billy has been an outstanding and faithful servant of West Indies and world cricket for 14 years and we will be the poorer for his decision to now serve from off the field," Hunte added.

The 56-year-old Doctrove, also a FIFA-accredited referee, stood in 38 Tests, 112 One-Day Internationals, and 17 Twenty20 Internationals. He officiated in the final of the ICC World Twenty20 2010 in Barbados.

Doctrove debuted on the international stage in April 1998 at Arnos Vale, St Vincent, when he stood in a West Indies vs England ODI. He followed up with his Test debut two years later at the Antigua Recreation Ground when the home side faced Pakistan.

Doctrove was elevated to the Emirates International Panel of ICC Umpires in 2004, then to the Elite Panel in 2006.