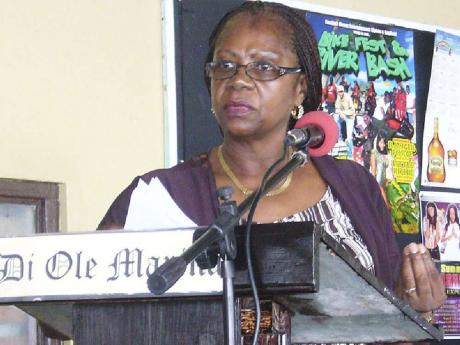 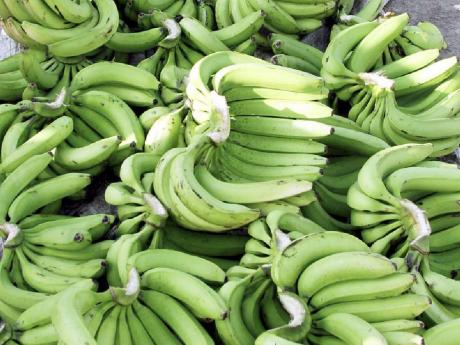 LOCAL BANANA growers in Portland are appealing to the Ministry of Agriculture to provide a sustainable local market for them to sell their fruits, as thousands of acres of green gold are going to waste.

The last-ditch appeal comes against the background of large amounts of banana chips and other by-products of the fruit that are imported into the country each year, while rural banana farmers remain poor.

"It is getting more and more frustrating," said Leslie Monelal, a banana farmer of Tom's Hope in the Rio Grande Valley, who spoke on behalf of the other farmers.

He added: "I am facing a real crisis and for more than two years I have lost more than 10 acres of fully grown bananas, as there was no market. This time around, the situation appears to be even worse, as I am still racing against the clock to sell 15 acres of fully grown fruit, some of which are starting to ripe."

Chairman of the AIBGA, Gretel Sessing, urged farmers to dismiss the traditional talk of 'nutten nah gwaan', and to instead focus on producing not only for the local market, but to also feed the world.

"Farmers, you have to seize the moment. The one opportunity that is acceptable to you now is to be able to steer yourself to a productive goal through the growing awareness of who we are, what we can be, and how we can channel what we have, so as to turn our dreams into reality. Nobody can do this for us, so we owe ourselves a lot by committing our resources, as meagre as they are, to 'Grow What We Eat And To Eat What We Grow'."

The AIBGA chairman also urged farmers to make use of the soon-to-be-implemented tax break and concessions, and not to just sit and ponder what they are to do, but to instead capitalise on them, as the days of the nutten-nah-gwaan syndrome must be fairly and squarely put behind them.

The chairman added: "Farmers have had many limitations, including poor and unstructured marketing, bad farm roads, frequent bad weather conditions, and various diseases, which affected bananas. However, the truth is that we need to turn those bad experiences into opportunities, and to think about how we, as farmers, can move from being subsistent into becoming entrepreneurs."

The local banana industry has been under threat in recent years from various angles, including the ruling by the World Trade Organisation, which removed preferential market access by the African, Caribbean and Pacific countries, of which Jamaica is a member. In addition, the suspension of local banana exports to Europe in 2008 was a direct result of that decision.

Additionally, a number of devastating hurricanes, as well as a steady number of diseases and pests have helped to cripple the banana export trade in Jamaica. Among the most dreaded of the diseases is the black sigatoka, a fungal disease, which has reached global epidemic proportions.