'Bold move!' - Thousands of Jamaicans in the US to benefit from Obama's immigration policy shift 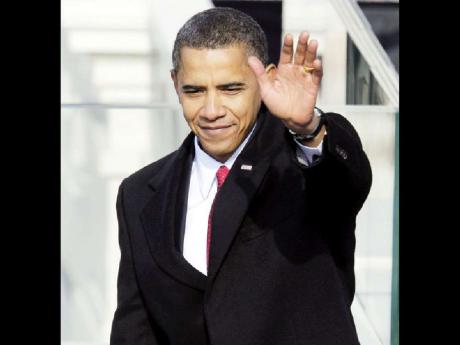 LEADERS IN the Jamaican diaspora community in the United States have embraced the new immigration policy announced yesterday by US President Barack Obama, saying as many as 100,000 Jamaicans stand to benefit.

Calling it a significant announcement, Irwin Clare, the managing director of Caribbean Immigrant Services based in New York City, said the new policy removes the cloud of deportation from over the heads of the thousands of undocumented Jamaicans living in the US illegally.

"They can now come from beneath the shadows and be able to qualify for benefits from the State and Federal governments to further their education," Clare told The Gleaner from New York yesterday.

Under the new policy which takes immediate effect, the US government has agreed to stop the deportation of undocumented immigrants who were taken there before they were 16 years old and are under 30 years old.

Those who qualify will be allowed to apply for work permits that will last for two years with no limits on the number of times it can be renewed.

To apply, however, these individuals must show that they have been living continuously in the US for the last five years, do not have a criminal record and must have graduated from a US high school, have a general equivalency diploma or served in the military.

Despite criticisms that the policy is an election year ploy by the Obama administration, chairman of the Jamaica
Diaspora US North East Region, Patrick Beckford, said the new policy was
long overdue and predicted that it would have a huge impact on the
lives of many Jamaican families.

Obama is facing a
stiff challenge from Republican nominee, former Massachusetts Governor
Mitt Romney in his bid for re-election.

But Beckford
said he welcomed the change, arguing that the old policy had the effect
of "punishing children for the actions of their
parents".

He said in most cases, these undocumented
immigrants are serving in the American military and are doing well in
schools and before this new policy would not have had a chance to
improve their lives.

"It has tremendous impact not
only socially, but educationally and economically because they would be
better able to finance themselves and their families," he
asserted.

"I applaud the president (of the US) for
this very bold move," he said of the new policy which has drawn strong
criticisms from some Republican lawmakers in the
US.

Added Beckford: "Nationally, we are looking at
over 100,000 Jamaican children that will benefit from
this."

Clare said the announcement is particularly
timely as it comes while most of those who stand to benefit were
graduating from high school.

He said undocumented
persons in the US face serious challenges in furthering their
education.